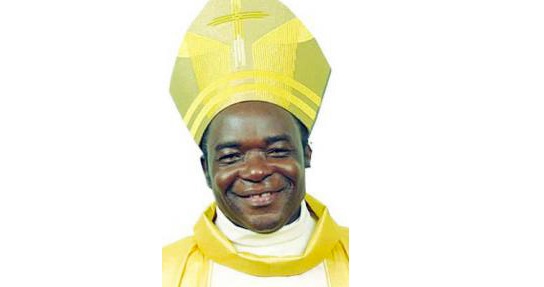 Bishop of the Catholic Diocese of Sokoto, Matthew Hassan Kukah has given Nigerians a warning ahead of the 2023 presidential election.

Kukah said Nigerians should avoid deceptive politicians and not make the mistake they made in 2015.

Kukah gave the warning while delivering a lecture on: ‘National Cohesion for Growth and Progress – The Nigerian Dilemma at the Inaugural Lecture and Gold Prize’ organised by This Nigeria Media Limited in Abuja.

The cleric, who was one of the prime movers of the National Peace Committee (NPC), an eminent persons group that supported the emergence of President Muhammadu Buhari and the All Progressives Congress (APC) in 2015, lamented that the administration had grossly failed to deliver on its promises to the people. Apparently admitting that he and others made a mistake, Kukah said that 2023 presents another opportunity for Nigerians to choose credible leaders at all levels and enjoined them to look well before they leap to avoid another disastrous outcome.

“We can’t deceive ourselves by pretending that all is well and nothing is wrong, let’s keep carrying on. No. Something is substantially very wrong and the responsibility of fixing this country falls on us all. “With the knowledge I have now, if I pay for transport, I must know where the bus is going. So we have a chance and the best thing is for all of us to open our eyes.

“We are going to have another election and I am saying that we must look for people that have shown us evidence that they understand where we are hurting,” he said. Kukah had at the event stirred the hornet’s nest and sparked altercations with veteran labour unionist, Comrade Isa Aremu and legal luminary, Chief Mike Ozekhome over the state of the nation and the seeming lack of cohesion among the diverse ethnic and multi-cultural groups in the country.

In the said lecture, Kukah said that there has been a negative trend of rising insecurity, poverty and despondency across Nigeria. He said the government of the day had continued to pay deaf ears to the genuine complaints of the citizens and appears to have capitalised on the ethnic and religious diversities to subdue certain groups within the country.

The cleric referred to his last year’s Christmas Day homily in which he chronicled the woes of Nigerians under the government of President Muhammadu Buhari, but insisted that nothing has changed since then. The trio, who were later made panelists at the lecture, gave different perspectives on the state of insecurity, poor economy and lack of good governance in Nigeria. While the fiery and vocal cleric blamed the situation on the inability of the current administration to do justice to all citizens and groups without fear or favour, Ozekhome drew a nexus between the present day challenges and the constitutional foundations of the country. According to the lawyer, Nigeria is sick, in a coma and requires oxygen to survive from her current ailment. Ozekhome postulated that the clamour by some Nigerians to do away with the military imposed 1999 Constitution and replacing it with a people’s constitution must be achieved before there can be equity, justice and national cohesion in Nigeria.

But Aremu sharply disagreed with both positions, accusing the duo of promoting divisive narratives rather than highlighting the bright sides and achievements of the present administration. Aremu accused Kukah of being part of those who brought Buhari to power and advised him to look at the bright side of things. He said that rather than agonising, Kukah and his likes should be organising to make things better in the country. When Kukah was given the right of reply to the attempt by Aremu to discredit him, he said it was erroneous to accuse him of making divisive utterances whenever he spoke the truth about happenings in the country. He acknowledged that he was part of those who promoted the idea of a Buhari Presidency but said his contribution was based on a genuine conviction that it would bring about positive change as promised.

Veteran broadcaster and moderator of the discourse, Prof Tony Iredia, urged the media to be prepared to perform the constitutional duties without fear of intimidation from the ruling class. The event featured the presentation of awards to three eminent Nigerians who had distinguished themselves in public service. They include Governor Nyesom Wike of Rivers State; Chairman of the Independent National Electoral Commission (INEC), Prof Mahmood Yakubu and Prof Ishiaq Oloyede, Registrar of the Joint Admissions and Matriculation Board (JAMB).