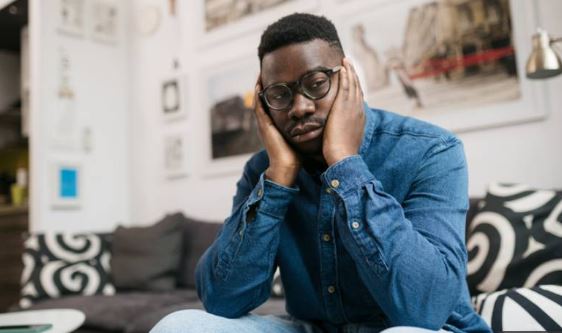 Many adults are walking around with unhealed trauma.

Some trauma comes later in life, like financial crises, but a lot of it stems from childhood situations.

Childhood is the most sensitive time in a person’s life because that is when personalities are formed and unfortunately when seeds of dysfunction are planted.

And a common issue that many women and men deal with, from their childhood, is daddy issues.

If this isn’t addressed through therapy, it sets you up for a series of unhealthy relationships.

For a number of reasons, a man might not have healed from problems like abandonment or even abuse by their own father.

If you suspect you, or someone you care about is exhibiting these signs, here is what to look out for to be sure.

1. He always had a strained relationship with his dad

The first sign that indicates unresolved daddy issues is a man who struggles to connect with his dad. Even though he tries his best to joke with him during family gatherings or show him respect as his father, deep down there is an unresolved problem.

If you’re with a man who has a complex relationship with his dad, there will be some abnormalities in his personality. If he has never gotten counselling, he probably still isn’t okay.

Men often use anger to cover up deep-rooted pain. And it is a common personality trait in men who haven’t had the best relationship with their father.

That anger indicates a lot of unhealed resentment and it might be a reflection of how his father used to be while he was a kid. He’s slowly become exactly who he resents-his father.

3. He has mental health problems

Dad is a title that carries a lot of responsibility. Therefore, if a father is abusive or careless with how he handles his family, the likelihood of having children with mental health problems increases.

If your man wasn’t treated right by his dad growing up and he has mental health problems like depression, they might be connected. This can happen when he hasn’t gotten therapy to help him face that childhood trauma.

4. He struggles with his masculinity

Masculinity is at the core of most men. Strong masculinity won’t struggle to lead, make decisions and handle other things that comes naturally to men.

If he is often insecure about his masculinity or doesn’t know how to be a man, it might be because he didn’t have a healthy relationship with his father.

His dad didn’t set a proper foundation for him to secure his self-confidence as a man.

Clinginess often disguises itself as genuine love but it is not. It is a sign of someone who is afraid of being abandoned, which is also connected to daddy issues.

This trait shows that he has trust issues, which stem from a father who deprived him of the attention and love he needed. It’s not normal that he gets anxious when you’re away from him or that he’s possessive over you.

If this is your man, encourage him to get the help he needs for proper healing to take place.