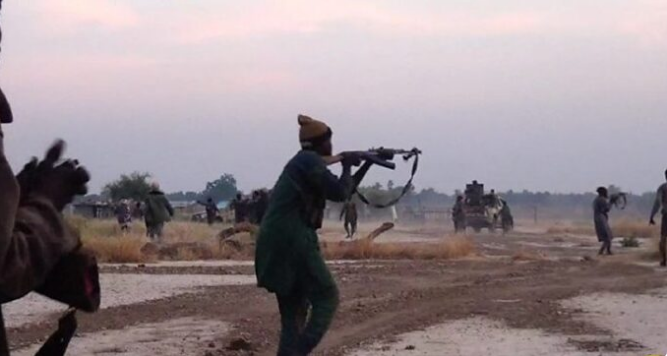 The Islamic State of West Africa (ISWAP) has reportedly replaced Goni Maina, the former commander who was killed on December 1 in an air raid jointly conducted by the Nigerian army and the air force.

ISWAP has appointed Aliyu Chakkar as its new “governor of the Lake Chad”, sources have told TheCable.

Upon assuming his new position, Chakkar “vowed to launch attacks before the end of the month”.

Sources revealed that Maina was hit during an air raid while having a meeting in Sabon Tumbu around the Lake Chad region.

It was gathered that the air raid also led to the elimination of more than 100 insurgents, “including several high-ranking insurgents’ commanders, foot soldiers and Hisbah police from the ISWAP faction, Abubakar Shekau faction and foreign mercenaries”.

Recall that Ba’a Idirisa, son of late Muhammed Yusuf, leader of the group in Nigeria, was killed in February by members of ISWAP.

According to sources, the ISWAP leader was killed for “driving an idea” that was considered too soft for the insurgents.