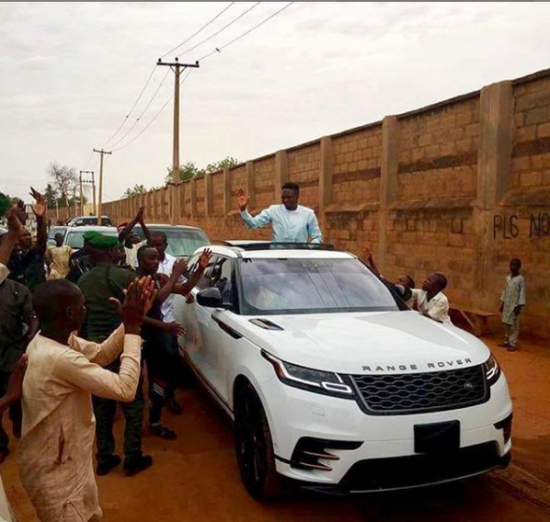 Ahmed Musa pulling up to Super Eagles camp day n Asaba has dominated the talk of Twitter as he was rumoured to have given a street cleaner, N250,000 as a tip.

We are not surprised that Ahmed is willing to go above and beyond, when it comes to spending money. But, when it’s genuinely an act of pure kindness, it always takes social media by storm.

According to reports, the woman had come around the Super Eagles Camp in Delta State in search of a menial job of N3,000.

It was gathered that after one of their training sessions, Ahmed Musa spotted a 3-year-old boy with his mother and picked him up before taking him into the team bus.

He later beckoned on the boy’s mother and reportedly had an interaction with her before collecting her details.

Moments later, the woman received a text message and screamed which attracted the people around.