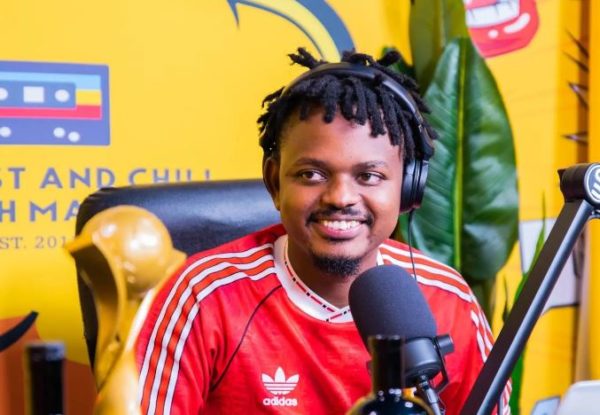 Mac G applauds AKA, also known as Kiernan Forbes on the recent episode of Podcast and Chill.

The hosts and guest, Mpho Popps on the show talked about the rapper’s latest single, Lemons(Lemonade) which features Nasty C.

It was said on the show that Kiernan gave the song his best, which made it a hit.

G further adored AKA, and said he is the best hip hop artist to come from South Africa.

“I think Kiernan is probably the best HipHop artist to come out of this country … After hearing that song,” Mac G said.

Mpho added to the statement by saying AKA is intentional with cooking a good song.

“You have to give it up to AKA, hit after hit after hit. Kiernan is in love with the music.  He doesn’t make music to suit whatever…Kiernan cooks, he goes into the studio and he cooks.”

MacG gives an honest and unbiased opinion about AKA🐐 after hearing his new single #Lemons2Lemonade🍋. “Kiernan is the best HipHop artist to come out of South Africa” 👏🏽👏🏽👏🏽.#PodcastAndChill #podcastandchillwithmacg pic.twitter.com/yXMuGJVbt7

“Ooni and I are serving Nigeria by having many wives” – Billionaire, Ned Nwoko

New Honda Civic a practical and dynamic tour de force, but at a cost