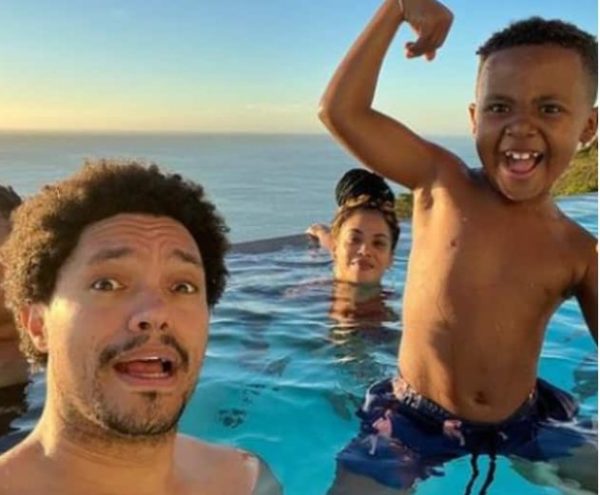 Anele Mdoda’s son, Alakhe has finally made it to international Television.

This came into reality during The Daily Host show with Trevor Noah.

Trevor was live on television making a joke as always.

The video which was shared by entertianmnet commentator, Phil Mphela saw Trevor stating that parents make their kids win a game and when they grows up they realize losing is a part of life.

He said he raced his nephew (Alakhe) last week and smoked him.

Trevor said he gave him a rematch and he smoked him again resulting to him crying but with that, he won’t invade a crime.

Alakhe Mdoda made it to international television when Trevor Noah used his image in a joke about “his nephew” on The Daily Show.

Barry Keoghan Had Request For Joker’s Look In ‘The Batman’