Another club willing to pounce for Pitso’s signature 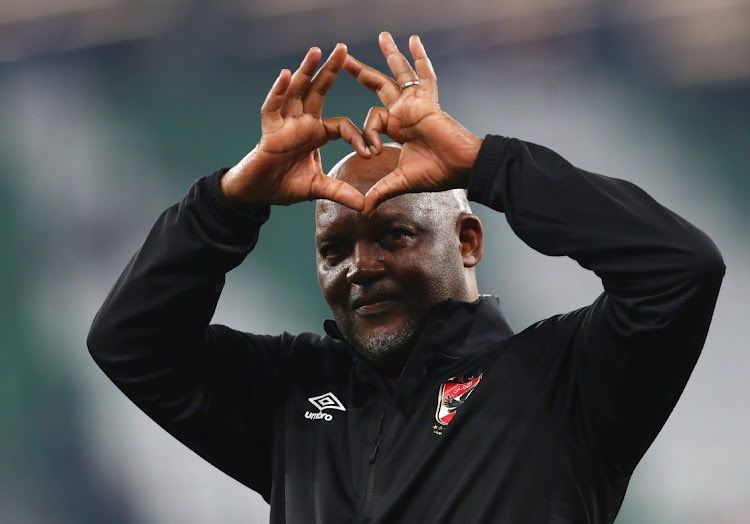 Pitso Mosimane, who has lifted five trophies with Al Ahly, has yet to put pen to paper on a new deal with the Egyptian powerhouse club as negotiations appear to have somewhat stalled.

The former Bafana Bafana caretaker coach has stated he would like his contract situation to be resolved before the upcoming FIFA Club World Cup, but some reports have suggested Al Ahly bosses have not taken kindly to these public proclamations.

As the waiting game continues to see what will come of the contract talks, Al Ahly club legend Ahmed Shobier has even sensationally claimed that the 57-year-old could take over the Senegal national team job.

What’s increasingly become clear is that Mosimane will not have any shortage of options, with Kuwaiti news outlet Al-Anba reporting that Qatar Stars League outfit Al-Rayyan SC could approach the South African coach to replace Laurent Blanc.

The mega-rich Qatari side have endured a challenging season – winning just four of their 15 league games so far – and Blanc could be shown the door.

Despite growing frustration over the stalled contract talks, Al Ahly sporting director Sayed Abdelhafiz this week came out in praise of Mosimane, even though he could not confirm if an agreement between the two parties would be found.

“Al Ahly were very successful under Mosimane. Frankly, he deserves something great because he won a lot of titles,” he said, as per Kingfut.

“It’s true that the way Al Ahly is run helps any individual who comes to work here, but it’s important that Mosimane gets what he deserves.

“Al Ahly has a method and policy in negotiations. The two parties succeeded together, whether Mosimane continues with Al Ahly or not. There will certainly be a clear and explicit agreement that will be announced at the proper time.”

“According to his contract, whether he decides to continue or he leave he will remain until the end of the season.

“As for what is rumoured about his departure in the current period, it doesn’t make sense for us criticize something and then do it.

“The main takeaway is that Pitso achieved a lot with the club, whether he stays or not.”

The River: What is happening E72 S5

Advertisements The River Soapie Teasers are provided by TVSA. On tonight’s episode: Too close to …