Advertisements
The developers of the AnTuTu benchmark platform have published a rating of leading smartphones in terms of performance among all Android devices. Data collected from 1 to 30 April and we are talking about those models that are available in the Chinese market. For the objectivity of the rating, the rating is based on the average scores, and not the maximum.

When comparing the ratings for April and March, their main difference is striking; the appearance of devices with current chips from MediaTek. So, the monotony of models with a Snapdragon 8 Gen 1 processor was diluted by the presence of Vivo X80 based on Dimensity 9000, which managed to take fourth place. Black Shark 5 Pro became the leader of the ranking table with a score of 1,062,747 points, and the gaming smartphone is based on Snapdragon 8 Gen 1.

It is this platform from Qualcomm that underlies the Nubia Red Magic 7 and Lenovo Legion Y90; which are located in second and third places, respectively. From fifth to tenth place, models with the current flagship processor from Qualcomm were also divided among themselves: iQOO 9, iQOO 9 Pro, Vivo X Note, iQOO Neo6, Xiaomi 12 Pro and realme GT 2 Pro. 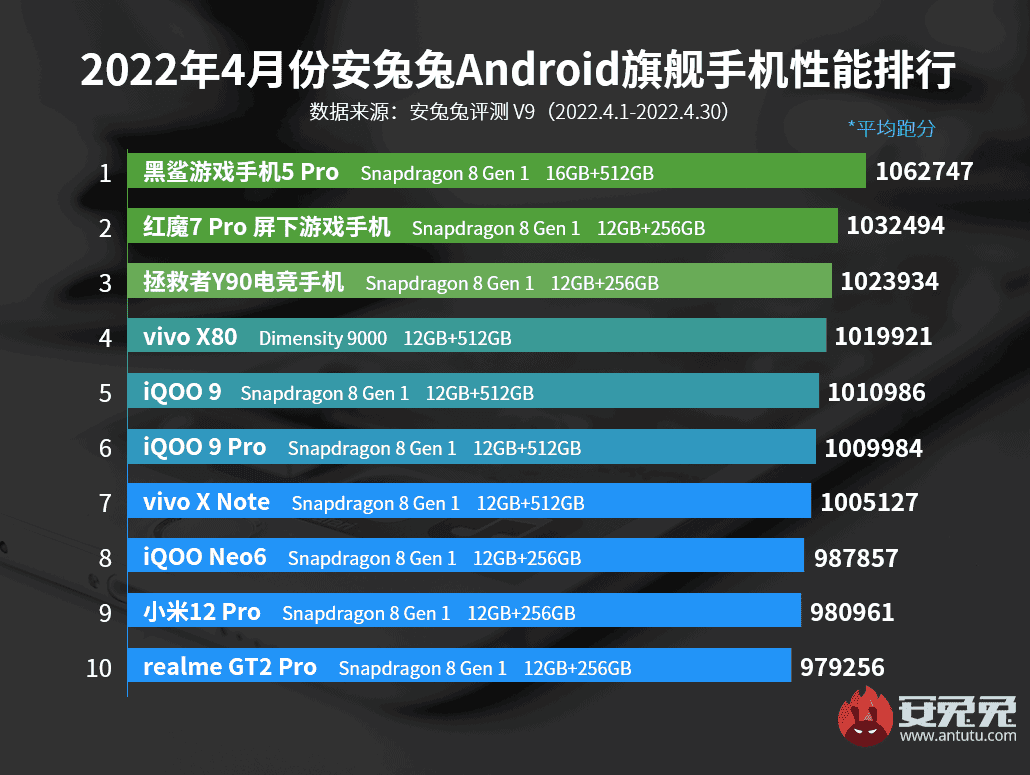 The Snapdragon 870 chipset is still in service and does not lose its relevance. Seven smartphones with it on board made it into the rating at once and took from third to ninth place: iQOO Neo5 Vitality, Realme GT Neo 2, Realme GT, iQOO Neo5 SE, Oppo Find X3. Closed the top ten most powerful Realme GT Neo 2T with Dimensity 1200-AI. 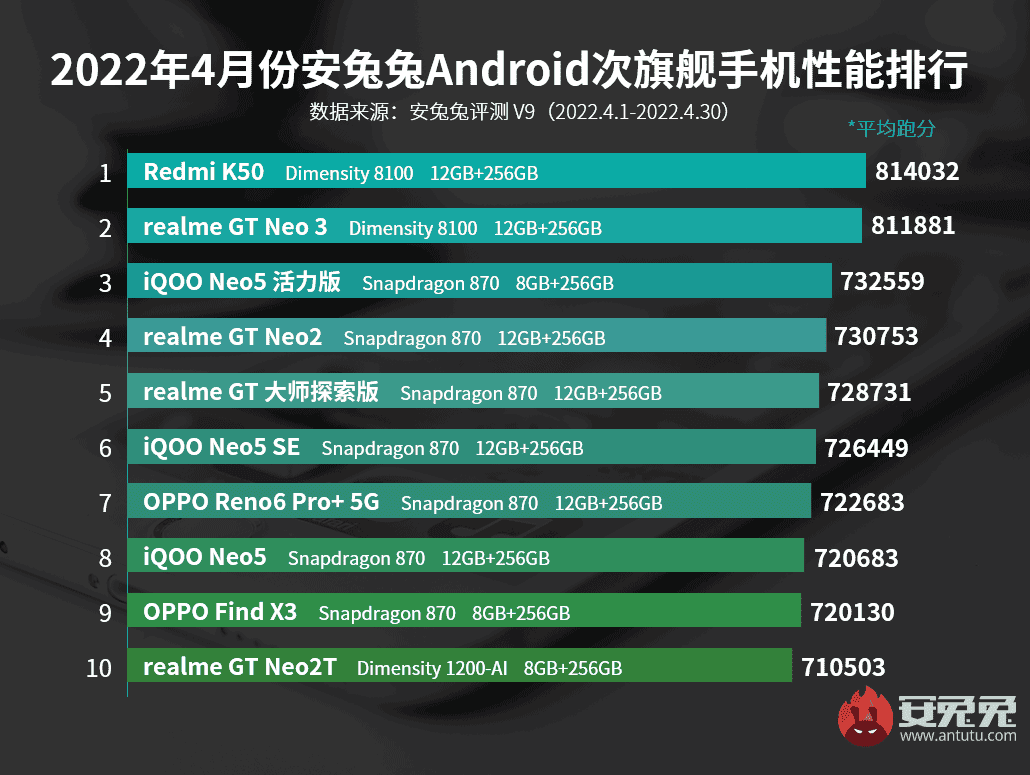 If we talk about the ranking of the most powerful mid-range devices; then there is no competition for models based on Snapdragon 778G/778G+. They took eight places out of ten and this processor is installed in the devices that formed the top three; iQOO Z5, Xiaomi Civi 1S and Honor 60 Pro. The fourth place of Oppo Reno7 5G based on Dimensity 900 can be considered a success. Realme Q3s became the fifth, Xiaomi Mi 11 Lite was placed on the sixth line; and Honor 60 was on the seventh position. Honor 50 Pro, Honor 50 and Huawei Nova 9 rounded out the top 10, which also possess the Snapdragon 778G. 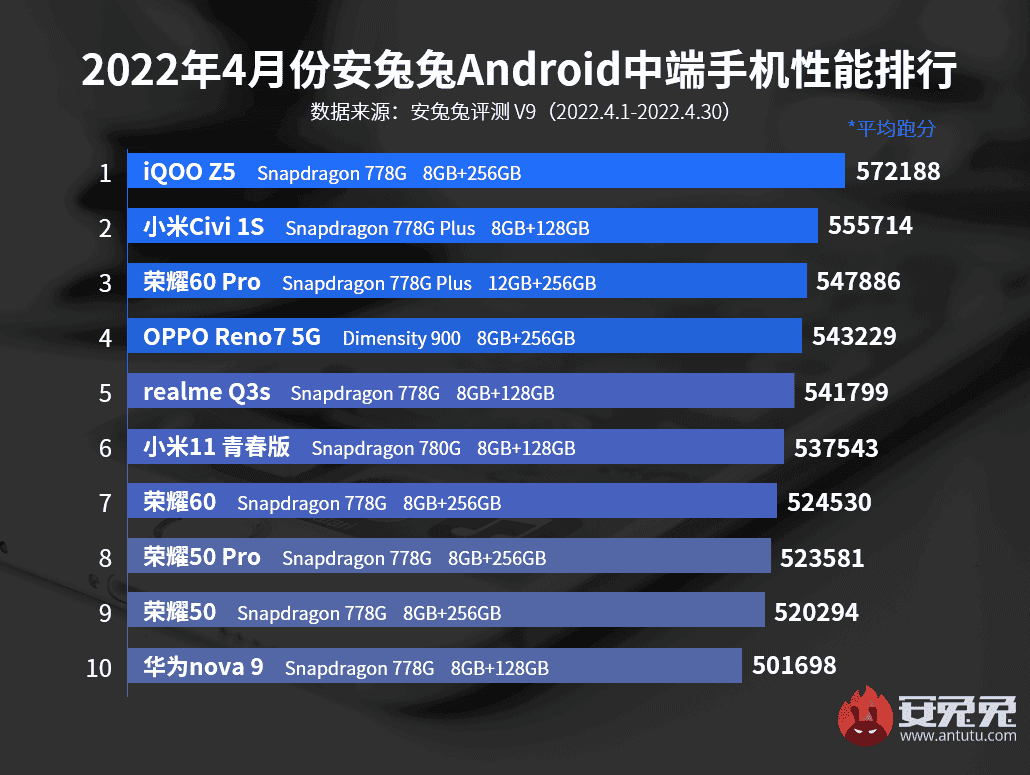 Advertisements Marvel’s Spider-Man Remastered launched on PC back in the last week. Since then, the …