Advertisements
On July 5, ASUS has scheduled a presentation of a new generation of gaming smartphones – devices of the ROG Phone 6 series. Information on the technical characteristics of the devices was published by the Chinese Telecommunications Equipment Certification Authority (TENAA).

It was previously reported that the family will include three versions – the basic variant, as well as the ROG Phone 6 Pro and ROG Phone 6 Ultimate models. ASUS official teasers show the use of the flagship Qualcomm Snapdragon 8+ Gen 1 processor with a clock speed of up to 3.2 GHz, a display with a refresh rate of 165 Hz and an efficient cooling system with an enlarged evaporation chamber.

Also, according to TENAA, the screen size will be 6.78 inches diagonally, the resolution is Full HD+. A fingerprint scanner will be available directly into the area of ​​​​this panel. There will be a 12-megapixel selfie camera at the front, and a 64-megapixel main sensor will be in the triple rear camera.

ASUS ROG Phone 6 gaming smartphone will receive a 6.78 “screen and a 64-megapixel camera 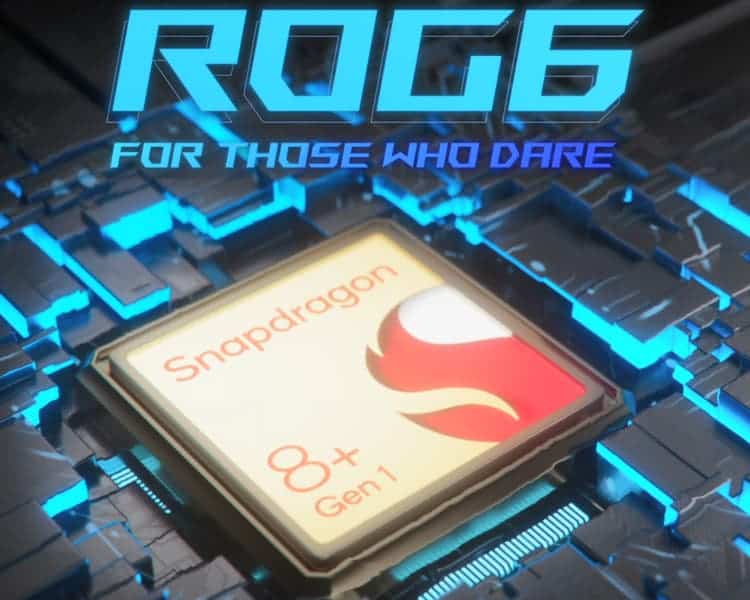 In addition, the amount of RAM, according to published information, will be up to 18 GB, the capacity of a flash drive is up to 1 TB. Power will be provided by a two-component battery with a total capacity of 6000 mAh with support for 65-watt charging.

The case thickness and weight are 10.39 mm and 229 g. The smartphone will ship with Android 12 operating system and ROG Phone UI. 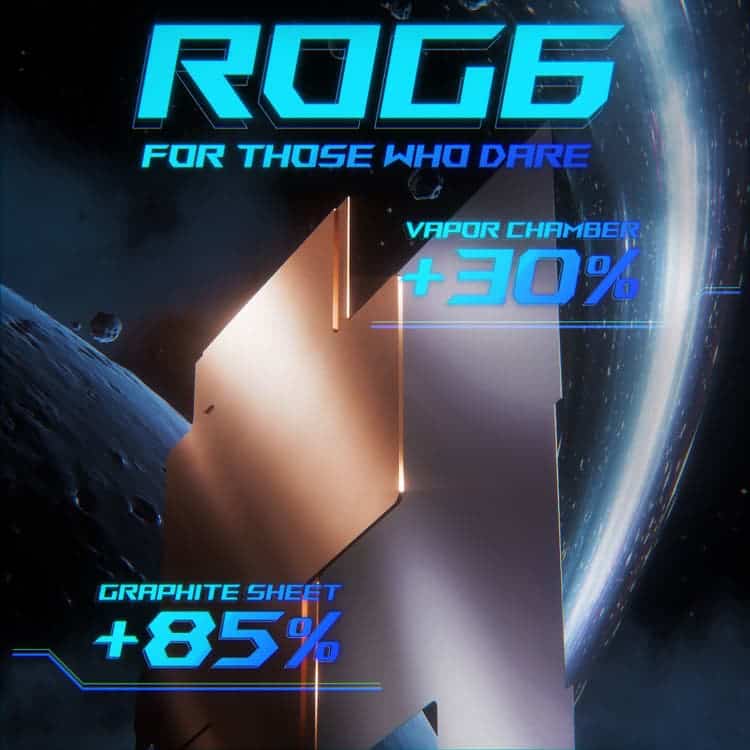 Asus has published a new poster that advertises its new gaming smartphone ROG Phone 6. In particular, it talks about improving the cooling system.

Judging by the poster, the smartphone will receive an increase in the graphite sheet by 85%; and the evaporation chamber – by 30%. Evaporative chambers are in use in a variety of high-performance devices such as gaming laptops and desktop graphics cards. Now such cooling systems have appeared on smartphones. At the same time, it is still unclear whether we are talking about a thickening of the evaporation chamber; or an increase in its area by 30%.