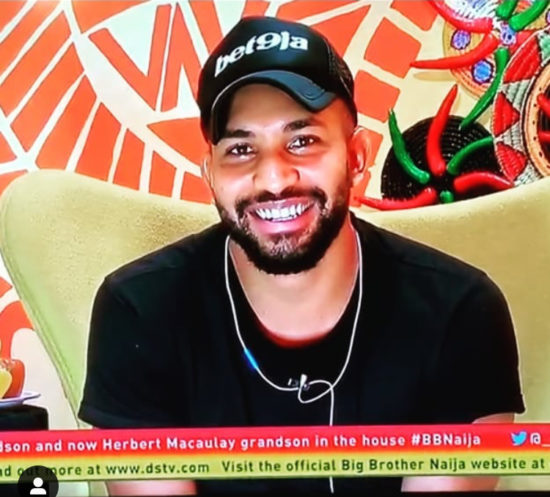 Big Brother Naija, BBNaija, Jeff is on the headlines over a fresh allegation from twitter user that claims the Evicted Big Brother Naija housemate reportedly lied to his employers and colleagues at the bank where he worked before resigning.

Jeff was evicted on Sunday during the live eviction show of the Pepper Dem’ edition of Big Brother Naija.

Following his eviction, the lady shared a post on social media in which she claimed that Jeff had resigned from his place of employment to feature in the reality show.

The lady also claimed that he lied to his colleagues about traveling to Canada when he was, in fact, going to be at the BBNaija house.

According to this lady identified on Twitter as @UniqueIfy_1, she still cannot get over the fact that Jeff had to lie to be at the reality show.

I can’t get over Jeff resigning from work, and telling his colleagues that he’s going to Canada. Only for them to see him on the Big brother stage.

Jamal and Wanda Dench accidentally met back in