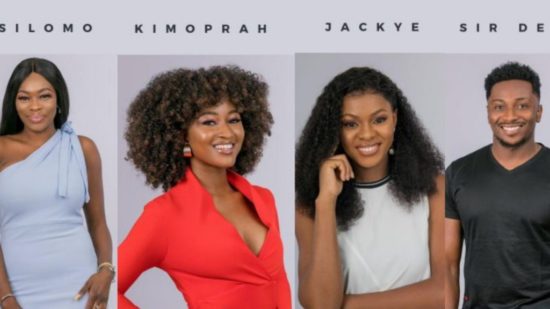 Some Nigerians have expressed shock over the choice of housemates for the ongoing fourth season of the Big Brother Naija reality show.

Most of whom some viewers have described as “more foreign than Nigerian”. Respondents said that it was puzzling how Manchester-based Mike, London police officer, Khafi and Ike, who said this was his first time in Lagos, made the cut while thousands of Nigerians flooded audition centres in February.

The audition centres across the country were crowded with people struggling to get in by scaling the fence.

Viewers felt it was unfair to have people risk lives to audition and then pick Nigerians in the diaspora.

@Omojuwa said, “I have a problem with everyday Nigerians struggling across the country to audition for this thing, yet it appears they stood no chance from the beginning.

“That should have been made clear to them from the start. Big Brother Phonetics.It appears this is Big Brother Nigeria Diaspora.”

@BabaRoyan tweeted, “Too much handpicking! Connection is the main thing to strive In Nigeria! While The main people who went for d audition wea selected to become #BBNaija NINJAs.”

@Ibidunmary said, “I said it to someone all those people jumping fence,crossing hurdles to make it to the audition none of them is in the house,all these ones are imported.”

@DesmondAyotunde wrote, “I doubt if most of this contestants in the house really participated in the audition.”

Meanwhile, Instagram sensation, SimplyTacha, who was the last housemate announced on Sunday, has remained a strong talking point for the viewers as she was recognisable from several audition clips.

@DrOlufumnilayo said, “If truly Simply Tacha is in the house this year, then that’s a smart move by the organisers.

“She is a game winner. I won’t be surprised at all if she makes it to the Top 3. Mark this tweet.”

@Morlimoore tweeted, “The lady has got what it takes to keep attention on her. She has been using that to fuel her hustle. I equally believe she’ll make the top 3, she would keep giving the people what they like to see.”

NAN reports that the housemates will spend 99 days in the house, competing for the grand prize worth N60 million.