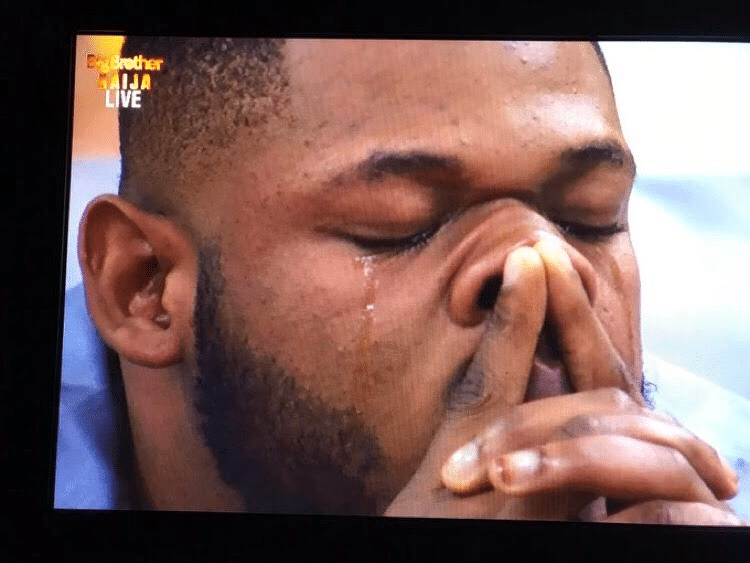 DAILY POST recalls that the lovebirds; Esther and Frodd had shared kisses days ago.

However, it seems Esther’s strategy did not work out as she was evicted during Sunday live eviction show.

Few minutes after her eviction, Frodd broke down in tears which stirred reactions from Nigerians on social media.

@Iruka_glow “Esther evicted barely into the eviction show. Haba is that how badly biggie wants her out?

@I_pissvodka “Esther is out!!!! I repeat Esther is out! Gather here with your buckets, Frodd is about to release.”

@Zaddy_Nomso “Big Brother is not ready for the Hurricane of Frodd tears that will overshadow Ilupeju this night. It Tears for Esther.”

@Charizinny “Madam Esther obviously played herself. She had a good opportunity to play her game and people would have loved her Froddster ship with Frodd cos he loved her but she messed it up and wanted to pick up on this week of her eviction. Too late.”

@Legitbossfollo1 “When Esther was evicted
The joy I felt was awesome but Frodd’s tears was the icing.”

@Jennyp128 “Chai frood is missing his love ooo already sorry Esther you just have to go.”

@Nelavin1 “Frodd should better clean those tears else we vote him out too that is if he survives today. Sometimes we do not know what God does for us.bye bitterleaf Esther.”

Do you want to work and obtain a