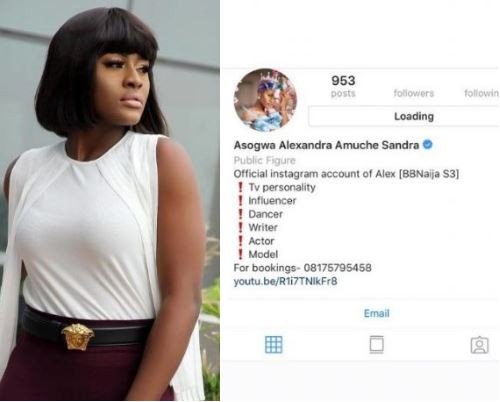 BBNaija reality star, Alex has deactivated her Instagram account and this might be connected to the backlash she received after it was revealed that she had sex with ex-housemate Tobi Bakre and fellow housemate, Vandora calling her out for being rude and childish on the final episode if the reunion.

The sexcapade between her and Tobi was brought to light by Cee-C who claimed she was told by Nina who said the sex happened at a hotel in South Africa shortly after the 2018 BBNaija edition was over.

Alex has since denied the allegations.