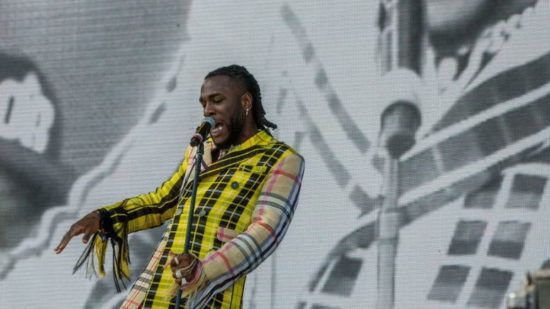 The Daily show annouced it’s guest this week and Burna Boy appears on the show’s list for Tuesday, today. 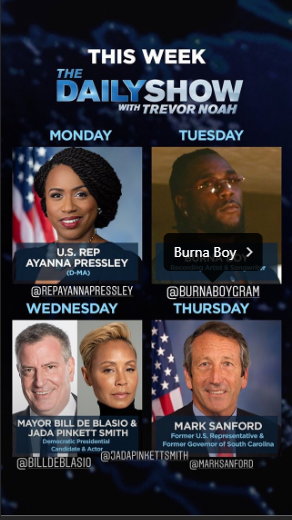 The Daily Show is an American late-night talk show that piques on satire and self-deprecatory humour to discuss socially and culturally relevant stories. It airs each Monday through Thursday on Comedy Central.

The show is currently hosted by South African comedian, Trevor Noah and it has won 24 Primetime Emmy Awards.

Burna Boy will make his appearance later today alongside Mark Sanford, a former US representative and former Governor of South Carolina. 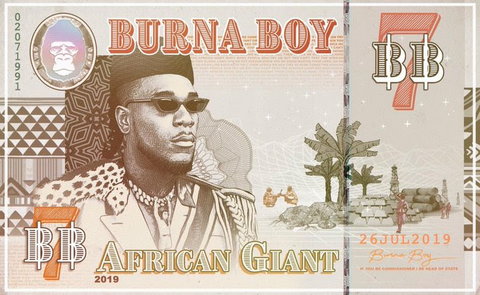 On Monday, August 12, 2019, Spotify announced that it has teamed up with Burna Boy to launch ‘Burna Bank.’

Inspired by the artwork for the African Giant album, ‘Burna Bank’ is, “The installation features a unique ATM which will be dispensing custom, collectible bills designed by Sajjad Musa. Each bill is inspired by Burna’s Nigerian roots, and his quest to call out corruption and the disproportionate distribution of wealth.”