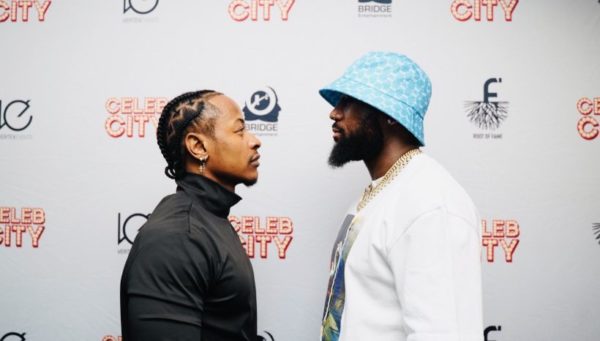 Cassper Nyovest and Priddy Ugly confronted each other at the Celeb City press conference.

The aim of the conference is to inform and update fans about the highly anticipated boxing match between the two rappers.

Revealing some of the information shared, Slikour said, “The two got to share their training schedules as they have to meet the weight requirements of which Priddy Ugly qualifies for as well as how many rounds we can expect between the two.”

”Unfortunately they will be limited to 5 Rounds due to them not having the professional boxing license as they are not professionals respectfully.”

The aim of this boxing match is to boost SA boxing matxh.

The rapper are confident on winning, as Cassper plans to fight Big Zulu after winning against Priddy.

Konje who did you guys say you’re putting your money on for this fight? 🤔 pic.twitter.com/628PrvoCdz