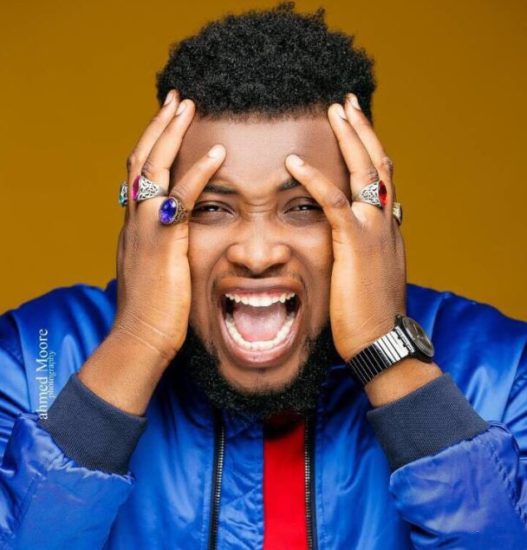 Chinko Ekun’s mother is a good influence on her rapper son who now has the mindset to be straightforward in his relationship with ladies.

Unlike several Nigerian celebrities who have taken up the practice of having baby mamas rather than getting married, but Chinko Ekun might not be taking that path anytime soon.

Speaking with punchng.com, Saturday Beats, he reveals that his mum doesn’t want him to have a child out of wedlock, though he also took his time to state that he doesn’t condemn those who do so. He said;

“My mum doesn’t want me to have a baby out of wedlock. Personally, I can’t condemn the act because most people have reasons why they have children out of wedlock. It may be that they do not wish to be committed to any woman but they want a child. A lot of people have baby mamas.

Chinko Ekun also talked about his love life, revealing that despite being famous, he has been heartbroken multiple times. He also went on to reveal that he can’t get married to an actress or singer. He said;

“I have been heartbroken a lot of times, even after I became famous. Girls are funny; stardom has nothing to do with a partner’s loyalty at all.

“I don’t chase after women; I would prefer a lady who is intelligent. I can’t marry a musician or an actress because it is not easy to be a celebrity. The life is not easy to keep up with. I face a lot of stress; I just want my wife to be able to take my children out normally without any form of paparazzi. I prefer to do the ‘hustling’ (running around for money); my children need their mother’s attention. I can’t marry an actress, I won’t like it if another man is caressing or kissing my wife all in the name of making a film.

“I am an Ondo man and there are some things we don’t take. In my videos, I don’t even run after women, I am more of a gangster. In fact, I have turned down romantic movie roles because I don’t want any woman to begin to have amorous attractions towards me on set. When girls try to seduce me, I place my focus on heavenly things. The flesh may want to use me sometimes, but I just ignore it,”

Google’s Rumoured Pixel Watch Could Launch in 2022, According to New Report

Search giant Google is popular for its software