Popular Nollywood actress and filmmaker, Omoni Oboli, has said there were some ‘incoherency’ in the rape allegations levelled against COZA pastor, Biodun Fatoyinbo, by wife of singer Timi Dakolo.

Omoni said this on Monday evening while reacting to rape allegation Mrs. Dakolo, Busola that the COZA founder forcefully raped her when she was young.

In her post on Instagram, Omoni said she stands with Busola but that there were some inconsistencies in her claims, which she believed, was born out of ”truthfulness”.

She wrote: “I don’t know where to start concerning the story that’s still unfolding as I write. The Bible warns us to “be quick to hear, be slow to speak, and be slow to wrath”, and going by my personal experience of seeing how quickly many took sides without first getting all the facts, weighing it against the character of all the parties involved, given our antecedents, and then drawing conclusions from evidence and an objective comparative analysis of the accounts, rather than from emotions, envy, the thrill of seeing strife, I have waited to digest the whole matter first.

“What’s her motive for speaking out? Was it just to spite the pastor in question? Was it to destroy his reputation, or gain some financial advantage? Was it to build followership through the scandal that would surely come, not knowing that the pendulum could swing in either direction, for or against her? What exactly would spur a wife of a reputable and beloved entertainer, a mother, a business woman, with a beautiful life, coveted by many, to come out to make this kind of accusation?

“Given her antecedent of being a calm, ‘dramaless’ queen (unless Timi says otherwise), with no history of seeking attention or being overly dramatic (at least not publicly), how did she get to this point of going public at such a time as this simply to make ‘spurious’ accusations against a ‘man of god’, as some have said in a bid to sound ‘objective’?

“I listened to the story, and because I know her husband and his personality, I restrained myself from trying to weigh in based on the emotions that came flooding in, but here’s the thing, there was some incoherency in some of the claims, not because I believe she lied about them, but in my opinion was born out of the truthfulness of the real account.

“ Why do I say that? Because unless you planned your own rape, the accounts are expected to sound incredible and spurious, and I suspect that’s why we don’t have so many convictions in many rape cases.

“Is there a manual, or rapist playbook that’s being distributed to all would-be rape victims (aka all women, and some boys and men) that I missed that gives point by point descriptions.”

Meanwhile, following the controversies generated by the allegation, Fatoyinbo had disclosed his decision to step down, momentarily. 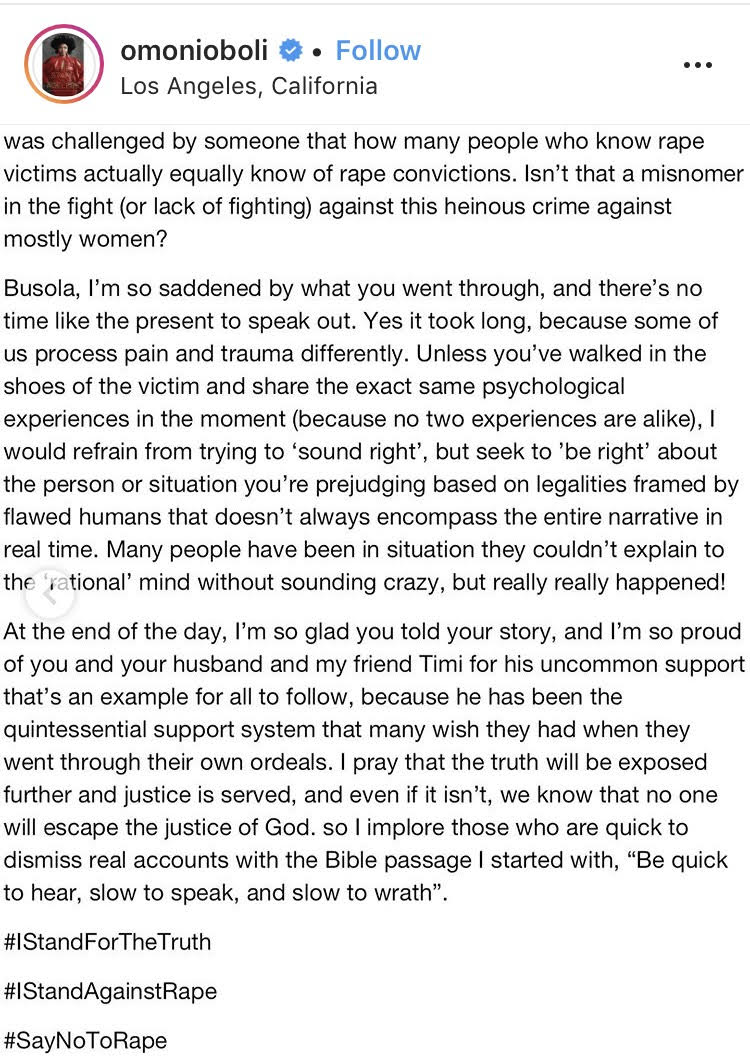 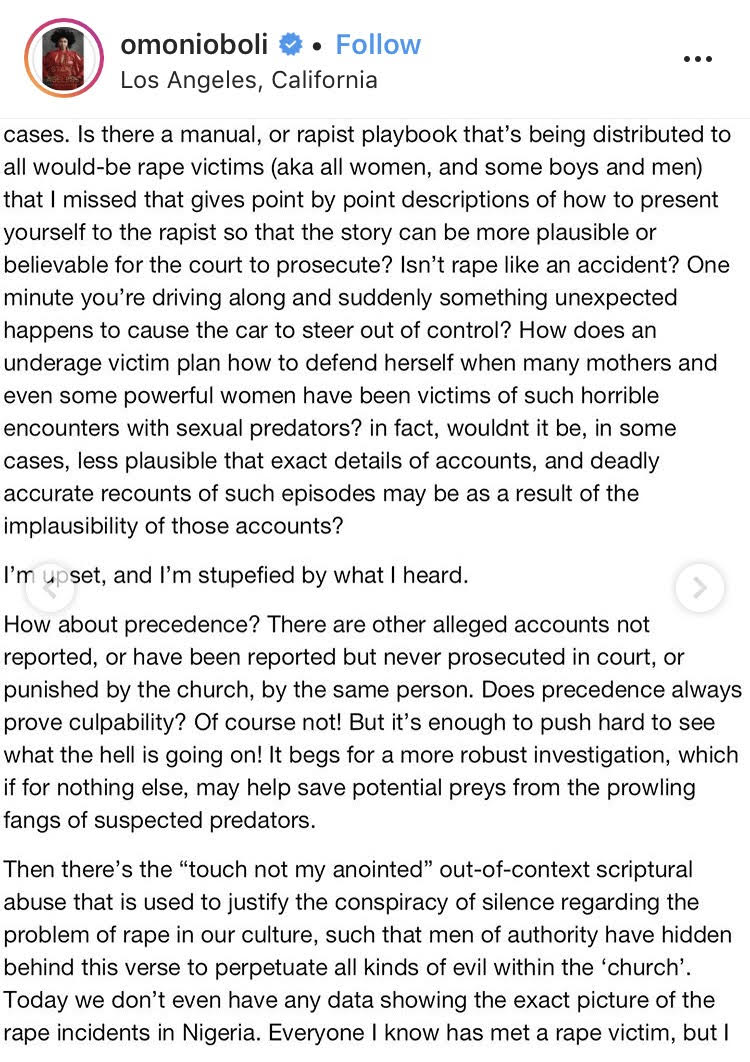 AfDB’s Akinwumi Adesina Urged To Run For President In 2023

The Women for Secured Nation has urged the