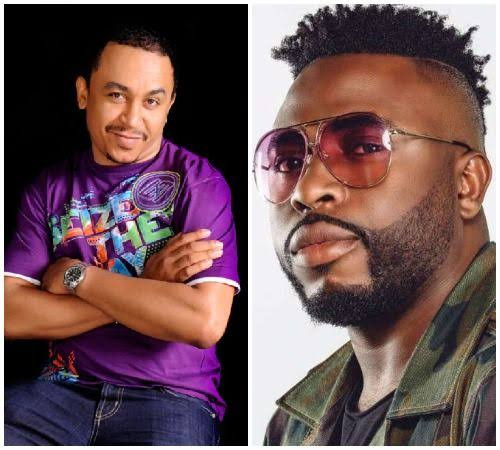 Daddy Freeze and Samklef have reconciled 3 years after they mercilessly dragged and blocked each other on social media.

Recall that for months in 2018, Samklef and Daddy Freeze kept going back and forth, dragging each other, as they disagreed over religion.

Their fight began when Freeze criticized a report about the healing of a mentally challenged man at an RCCG church.

Samklef, slammed Freeze, telling him that his criticism of the church is getting boring.

Samklef also called Freeze a “fool” and a “poor guy with a fake watch”.

Freeze called him “the dolt with the brains of a colt” and said he needed publicity for his “putrefied album and necrotizing career”.

Samklef later blocked Freeze on Instagram then did a beef song for him (read about the fight here, here, and here). 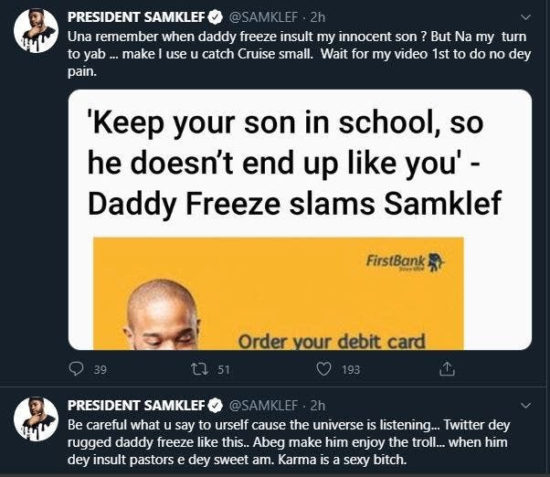 Well, Samklef has reached out, making it clear that he can now see “clearly”. He said most religious leaders are “419” and Freeze was right all along. Freeze acknowledged his acceptance and admitted he should have been patient with Samklef at the time. 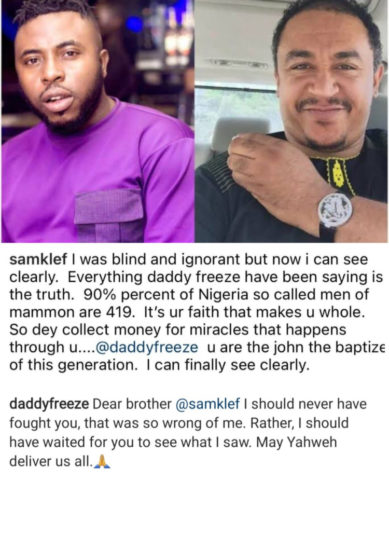 One Killed As Police Invade IPOB/ESN Camp In Imo

No fewer than  one person has been reportedly