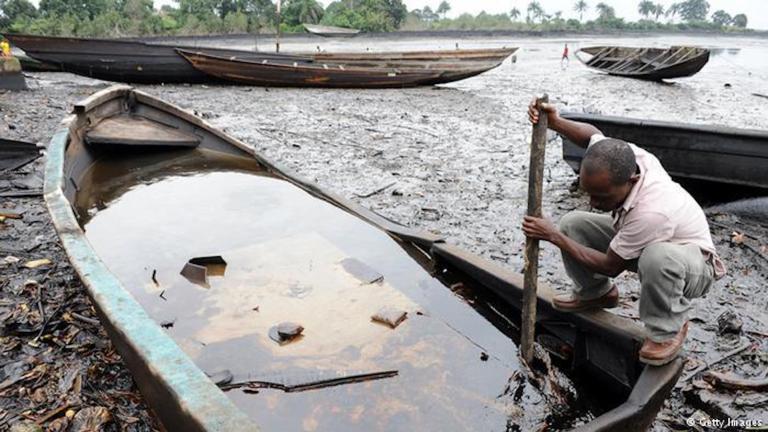 Contents
Support PREMIUM TIMES’ journalism of integrity and credibilityGood journalism costs a lot of money. Yet only good journalism can ensure the possibility of a good society, an accountable democracy, and a transparent government.For continued free access to the best investigative journalism in the country we ask you to consider making a modest support to this noble endeavour.By contributing to PREMIUM TIMES, you are helping to sustain a journalism of relevance and ensuring it remains free and available to all.

In the near future, oil companies would be required to commit to participating in the development of communities in which they operate but to ensure the highest standards of accountability and transparency. It is important that critical stakeholders and host communities be bound together to safeguard what is left in the region.

Nigeria is one of the top oil-producing countries in Africa. In 2014, Nigeria produced more than 1.9 million barrels of oil per day to rank as the 11th-largest oil producer in the world. In recent times, the country has ranked as the fourth-largest oil producer but despite being a resource-rich country, weak institutions, conflict in oil-bearing communities and opacity have frustrated attempts to successfully translate its oil wealth to broad and lasting social development for its citizens, especially those living in the Niger Delta region.

For over two decades, the Niger Delta region, which hosts Nigeria’s oil and gas industry, has suffered prolonged conflicts stemming from the negative impacts of oil exploration and tension between host communities and oil-producing companies.

Worse, the region is battered by poverty, dilapidation and gross underdevelopment, despite being blessed with plenty. Its major undoing is environmental degradation, which has affected the people’s agricultural means of livelihood. The effects of oil spills and gas flares have been the death of aquatic life and waste of farm lands. However, the challenges didn’t arise overnight. Since the 1980s, the oil-bearing communities have been protesting against the dangers of oil exploration. In fact, the struggle of the Ogoni people represents a large aspect of the past and present day realities of oil exploration in Nigeria’s South-south region, while the many attempts to provide compensation and remediation have failed, leaving the region vulnerable and still prone to conflict.

Another dimension of the problem is the fact that Nigeria cannot actually quantify the amount of crude oil it produces due to oil theft. This is a recurring issue which continues to cost the public treasury huge financial resources that could otherwise be used for development efforts.

According to a Chatham House research: “Nigerian crude oil is being stolen on an industrial scale. Some of this stolen oil – it is not entirely clear how much – is exported. Proceeds are then laundered through world financial centres and used to buy assets in Nigeria and abroad.”

From the Ogoni Clean Up to the Petroleum Industry Act (PIA), attempts have been made to address some of these issues, albeit, unsuccessfully. For instance, in August 2011, an environmental assessment report was released by the United Nations Environment Programme (UNEP) with recommendations to the government, the oil and gas industry and communities to begin a comprehensive cleanup of Ogoniland, but more than 10 years later the measures proposed by UNEP have not been properly implemented and the billion-dollar clean-up project launched by the Nigerian government in 2016 has been ineffective.

Like Ogoni land, many host communities have developed distrust in the ability of the government to address the challenges plaguing them and have led to different groups resorting to harmful ways of getting justice. As a means of providing restitution, the current government passed the Petroleum Industry Act (PIA) 2021, which for the first time mandates oil-producing companies to dedicate 3% of their operating expenses to a Host Community Development Trust (HCDT) aimed at creating sustainable community development in the region. Already many stakeholders have argued for and against the new trust, but backed by law, the HCDT has come to stay. The most prominent challenge now is that host communities lack the sense of awareness and understanding of the HCDT and how it is beneficial to them and their communities.

To address the new challenge, civil society organisations (CSOs) have swung into action in organising ways of educating the community and driving accountability. The most effective of the responses is the approach taken by Connected Development (CODE), a CSO on a mission to empower marginalised communities and ensure public funds work for the public good. Supported by Oxfam, CODE’s UNGP-PIA initiative targets building the capacity of oil-bearing communities to demand the establishment of the HCDT and ensure their community leaders are involved in the process to guarantee development in their local communities.

On another level, CODE has engaged MDAs responsible for curbing oil spillage and gas flares in the community with the aim of building partnerships that will drive the adoption and domestication of a National Action Plan (NAP) geared towards upholding the tenets of United Nations Guiding Principles on Business and Human Rights.

In the near future, oil companies would be required to commit to participating in the development of communities in which they operate but to ensure the highest standards of accountability and transparency. It is important that critical stakeholders and host communities be bound together to safeguard what is left in the region.