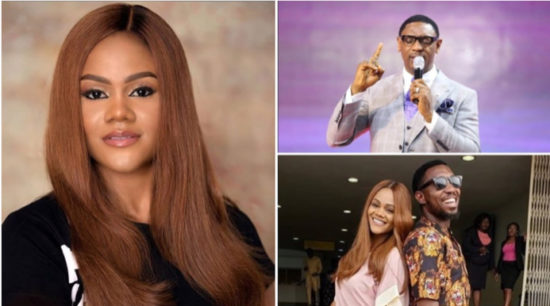 COZA church in Lagos will receive displeased visitors on tomorrow as Kadaria Ahmed, a popular journalist organizes a protest march to the church on Sunday.

The protest is aimed to get justice for Busola Dakolo and other Nigerians who have been allegedly molested by COZA pastor Biodun Fatoyinbo.

Details of the protest released by Kadaria Ahmed on Twitter says that protest will begin by 8:45am, on Sunday, 30th of June.

According to the protest banner posted online by Kadaria, the dress code for the occasion is a white T-shirt basically.

Hmm, when we never even sure sey the rape happen. Na this kind thing dey call jobless people from sleep.

It is called advocacy. It is to show we find rape repulsive, show support for victims of rape and to demand that both the Church and the police investigate this serious allegation and not try to ignore it. I hope it is now clear.