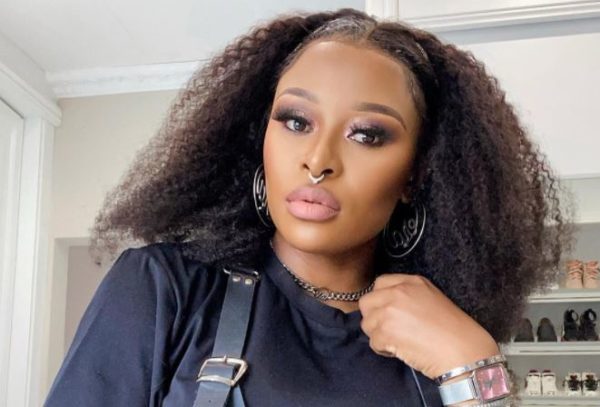 DJ Zinhle slams assumptions drawn from the viral video of her with Pearl Thusi at a show.

People who watched the video claimed the DJ was cold and mean to her erstwhile best friend.

Zinhle returned to Twitter to clear the air about the incident in the video after being dragged by tweeps.

“Hey guys. I need to clear things up. Pearl & I had a great time & on the video you saw, I was gesturing to Brandon, whom I was playing a set with, to come & select the song cause we were using his USBs,” she explained.

The DJ further urged people to stop insulting and painting her as a bad person.

“Also. Why would Pearl smile when she walked away if I was being mean to her? Please stop vilifying me… STOP!”

DJ Zinhle said she had to explain herself in other for people to stop pushing a negative narrative.

“Also. Y’all keep saying I don’t need to explain myself so you can push the narrative that entertains you. I was never mean to Pearl.. not at all…”

However, Pearl Thusi is yet to tell her side of story; it’s assumed that her inactiveness on Twitter must have caused it.