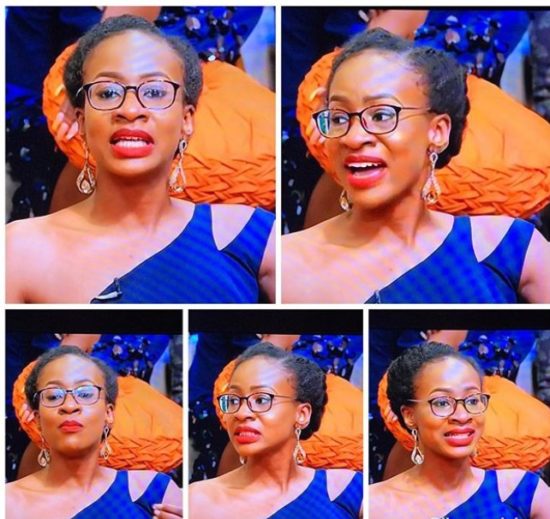 Big brother Naija 2017 1st runner up, Bisola Aiyeola, has slammed 2018 housemates, Anto and Bitto for saying the show is ‘scripted’ and had some voting imbalance.

Anto had on the Double Wahala Reloaded show last night, said that her finally getting evicted with Khloe and Lolu was bullshit, that it was widely known there was a voting imbalance.

Bisola has reacted to their comments, saying they shouldn’t bite the fingers that fed them because they didn’t get enough.

“So, are they trying to say that the finalists didn’t deserve to make it too the finals I personally think they Did and majority of the audience voted Miracle. The Brand has its integrity to protect too and I don’t believe they would tamper with voted etc. They should also not forget, that millions of people would maximize just one week in that house. DON’T BITE THE FINGER THAT FED YOU JUST COS YOU NO BELLEFUL OOOO.” She wrote. 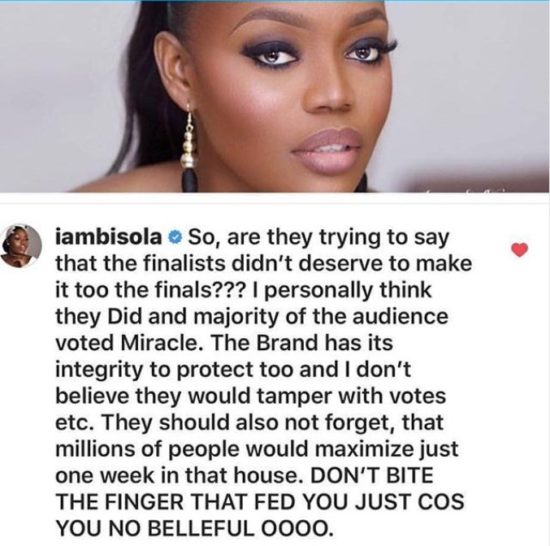 Soon flagships with Snapdragon 8 Gen 1 onboard