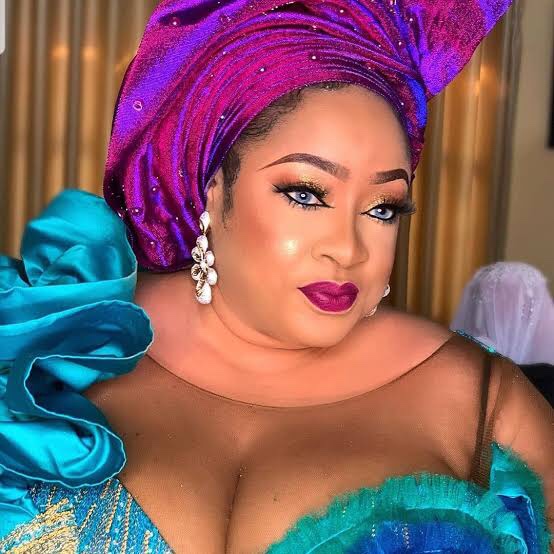 Foluke Daramola has reacted after she and her colleagues were called out for singing Tinubu’s praise in a viral video.

The video shows some Nollywood stars, sitting around a conference table, and chanting, “Asiwaju Bola Tinubu”.

This earned them criticisms from Nigerians. Some people accused them of collecting money to endorse Tinubu.

Reacting Foluke said she and her colleagues’ presence at the gathering had nothing to do with politics.

She said though she’s a card carrying member of the APC, they were not there to endorse any candidate, instead they were there for a peace and unity campaign.

Foluke also added that she wasn’t paid a dime to endorse anyone.