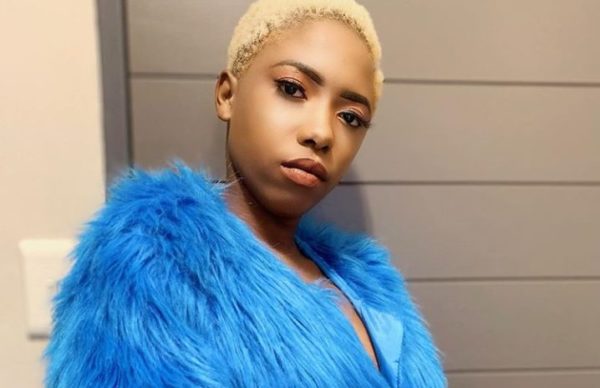 Gigi Lamayne has revealed that she is not as strong as people think as she has been bullied throughout her career.

The star has been all over the media for days now after Inno Morolong accused her of dating every man she has been with.

This caused so many chaos resulting to her suing Inno but later it was known that the charges was dropped.

Taking to her Instagram live, Gigi decided to open up to her fans as she spoke about how she has been bullied constantly not only in the music industry but throughout her entire life.

The rapper said she has been bullied continuously and she gets to fight these bullies all on her own, as she has no friends.

“Ever since I have stepped into this industry I have been continuously bullied by everyone and everything. My heart breaks continuously because I always have to fight and I fight alone. So I’m sorry guys that I didn’t do what you wanted me to do.

“But I couldn’t fight it, I’m not strong, it hurts because no matter wat I do I will be judged. The only person I can trust is my mother who brought me into this world so understand that I am breaking, I’m breaking every single day. This industry has broken me.

Gigi then said everything that has happened to her with the Inno drama broke her because she got reminded of how she would be called ugly ever since her childhood.

“Everything that has happened in the past 2 days has broken me so I’m sorry I couldn’t be strong enough to go through with anything, I couldn’t think of going through a court case every single day, to be reminded of all the names I have been called. I have been called ugly since I was brought into this world.

“I don’t like to play the victim, when you guys see me like this, know that I don’t like to be like this. My whole life I have always been bullied, and I have never bullied anyone,” Gigi said.

Gigi Lamayne says she’s been bullied throughout her career.