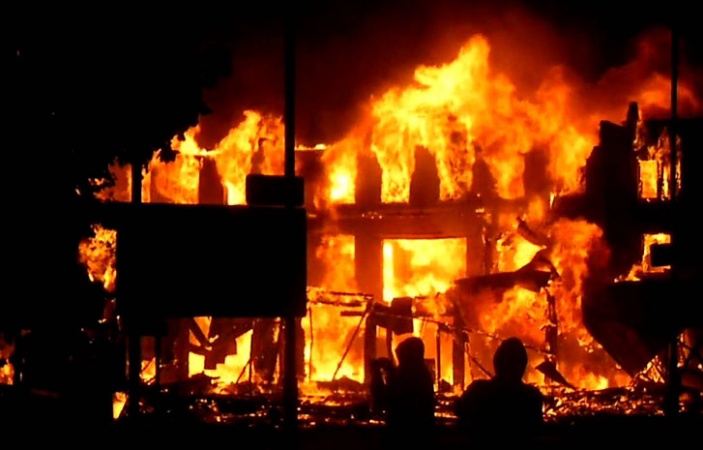 The State Commander of NDLEA, Bamidele Akingbade, who confirmed the fire incident said that the incident happened around 3am Tuesday, stating that the office was “partially” razed.

Akingbade disclosed that no suspects were affected as they had earlier been moved out because the location of the office is isolated, adding that no documents were torched as they were inside a fire-prove safe.

The state Commissioner for Information, John Kalu, said, “We will get the perpetrators and we will bring them to justice.”

WITHIN NIGERIA recalls that just few days ago the office of the Independent National Electoral Commission located in Amaekpu, Ohafia was attacked last Sunday.