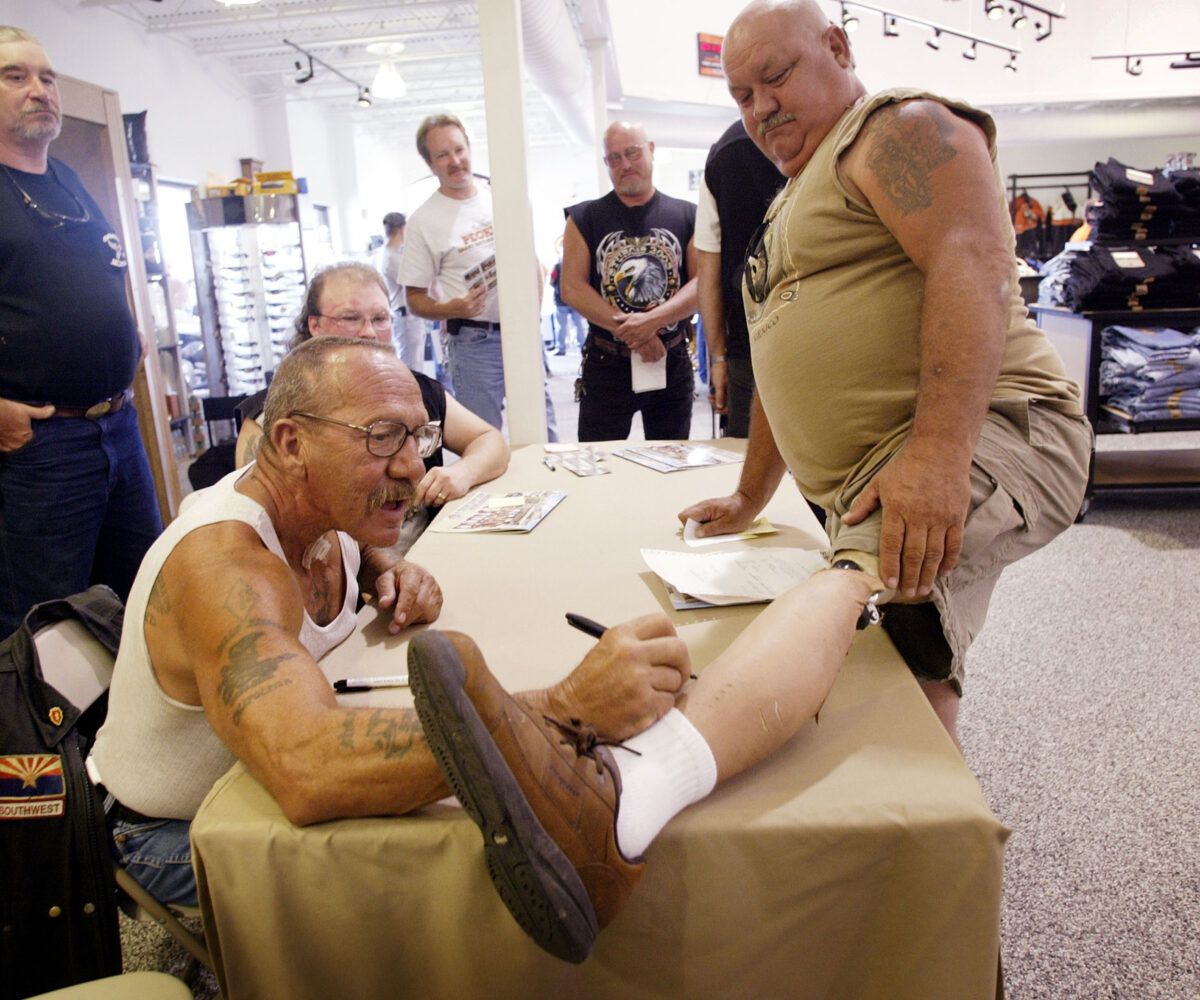 Sonny Barger, a founding member of the Hells Angels Motorcycle Club who spent decades as the public face of the notorious biker gang, has died at the age of 83, according to his Facebook page.

With their leather vests and the roar of their engines as they cruised in packs on the open road, for many years the Hells Angels were a symbol — a frightening one for some Americans — of counterculture living.

Barger founded the now-international motorcycle club’s original group, based out of Oakland, California in 1957.

As sanctioned offshoots of the club were established around the United States, and controversies around the group’s activities compounded, Barger acted as a de-facto spokesperson, defending their outlaw lifestyle.

ALSO READ: This is how sperm can be a vehicle for monkeypox infection: Experts

Barger was present at a notorious 1969 Rolling Stones concert in California, for which the Hells Angels had been hired as security, using their bikes as a makeshift barrier in front of the stage.

The unruly gathering at the Altamont Speedway is remembered for the death of Meredith Hunter, who was beaten and stabbed to death by members of the Hells Angels, after he brandished a handgun near the stage.

By that point, the biker gang had already entered popular culture as a rough-and-tumble fraternity, through films, such as the 1967 “Hells Angels on Wheels” starring Jack Nicholson, and an in-depth 1966 profile written by journalist Hunter S. Thompson, who spent a year living with the group.

In 2019, the Netherlands became the first country to ban the Hells Angels nationwide, saying the group had a “culture of lawlessness,” and was “a danger to the public order.”

‘Ride free with the angels‘

For various gun and weapons charges, as well as a 1988 conviction for conspiring to kill rival gang members, Barger spent over a decade of his life in prison, according to The Washington Post.

In addition to several on-screen performances, including in the 1967 “Hells Angels” film, Barger worked as a consultant on multiple other biker-related projects.

More recently, he played a character named Lenny “The Pimp” Janowitz in the hit TV series “Sons of Anarchy” about a fictional biker gang.

Barger also wrote multiple novels and memoirs about the biker gang lifestyle, including a bestselling autobiography.

“He’s smart and he’s crafty, and he has a kind of wild animal cunning,”

Due to a bout with throat cancer, Barger had his vocal cords removed later in life and used an electronic device to speak.

“If you are reading this message, you’ll know that I’m gone,”

The post had garnered more than 20 000 comments by noon Thursday.

“You will forever now have the sun in your face, the wind at your back. Ride free with the angels,”