The post How Shane Eagle Reacted To Nota Throwing Shade At Him On Part 2 Of His Podcast Interview With Mac G appeared first on SA Hip Hop Mag. 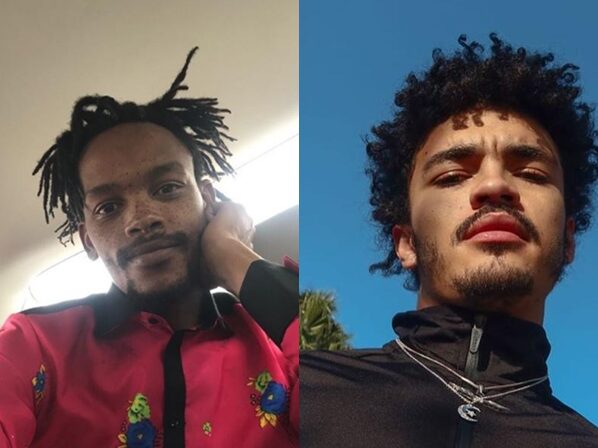 Lavida Nota has become rather unpopular in the local hip hop industry for his forward opinions and his latest interview may have put him in a more unfavorable position with some of the local rappers, which also resulting in him trending once again on twitter.

In part 2 of his interview with Mac G, Nota took several digs at a number of rappers which include how AKA overshadowed K.O on his song, “Run Jozi.” He continued to shade the Cashtime rapper stating that despite the hype around him, he just an average rapper and the SupaMega has more depth and meaning to his lyrics

Shane Eagle also came to topic as Nota labeling him a “wanna be J. Cole,” without the conscious mind  or cultural rooting that the “Dreamville” rapper has. Nota strongly thinks that Shane Eagle should bow out of the game because he lacks the impact and support of the colored community of which YoungstaCPT seems to have done, claiming that Shane’s television presenting days on VUZU might still be doing the heavy lifting for his career and could be why he’s still relevant.

The producer and former manager also mentioned how he produced Kwesta’s “Ngudu” featuring Cassper Nyovest which sold over one million copies, claiming that he was responsible for the magic that the record is, further shading Mufasa in saying that he was the one who fought for him to hop on the track.

“No one else wanted him on that song but me” Nota said.

Watch the video below

The hip hop community has since reacted to Nota’s interview which seems to have received a mixed bag of reactions however, Shane Eagle was not at all impressed and attempted to reciprocate the shade back to Nota by asking who he is.

The masses flooded the rapper’s TL by pointing out that even though Nota is not the most favored person in the hip hop game, he still speaks 100% facts.

Ay who dis Nig b? 😂 😂 i like him he ironic pic.twitter.com/CNynWsVkiM 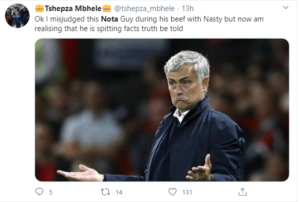 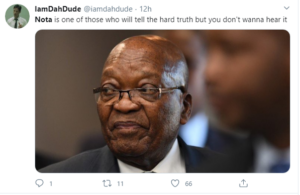 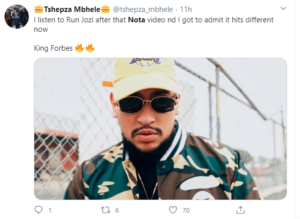 The post How Shane Eagle Reacted To Nota Throwing Shade At Him On Part 2 Of His Podcast Interview With Mac G appeared first on SA Hip Hop Mag.

World Entertainment Lovabledaniels - October 28, 2020 0
A petition has been...

World Entertainment Lovabledaniels - April 25, 2020 0
Nigerian big boy, Hushpuppi finds happiness in automobiles and he has showed that to the world through his social media accounts. No one knows for...

Editorial / Review Lovabledaniels - October 28, 2020 0
IMILAB is one of the subsidiaries of Xiaomi and makes products, both under the name of the parental company and under its own brand....

World Entertainment Lovabledaniels - October 28, 2020 0
The Katlego Maboe saga continues. Well Outsurance felt it had to state its position after tweeps called for its fall after they dropped the...