Actress Sharon Ooja says she has reservations about people who tend to have lots of friends. According to her, she finds it had to trust such people.

Sharon opines that people can be friendly but not invite everyone into their space. In her posts shared on her Instastories, Sharon said she finds it unsettling that people can belong to different friend groups. She says her job as an actress makes her meet a lot of people but she ensures that they remain work friends and not invite them into her space.

See her posts below: 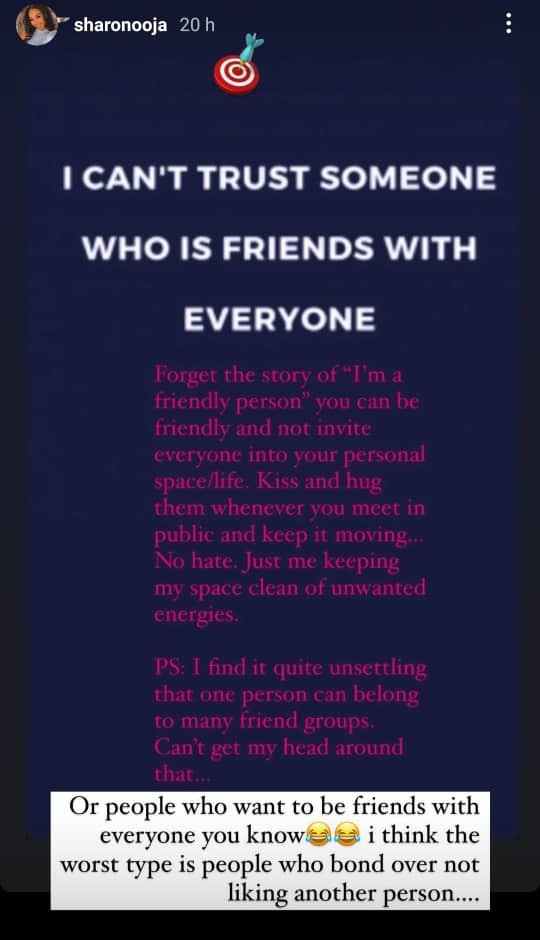 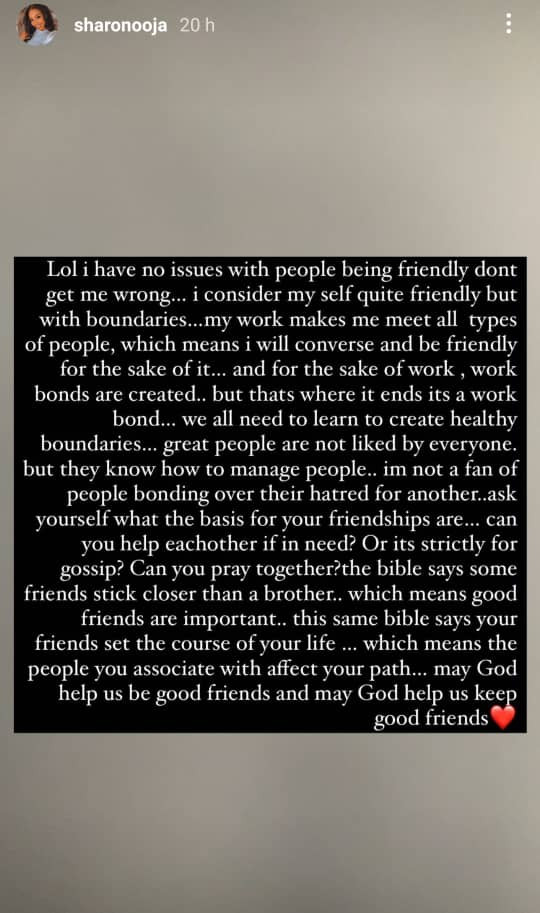 He went on to say that Cole’s “The