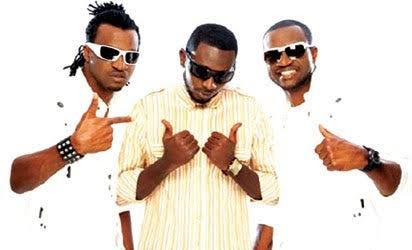 May D has reacted to the Jude Okoye – Cynthia Morgan saga.

“How Cynthia Morgan went from First frame to the second frame is totally shocking to say the least.
What’s really wrong?
But curiously enough, there has NEVER been any artiste that thrived and became successful under the P-Square label.
May D was an obvious example Crying face”.

Then May D reacted

“When I speak , people think I’m ungrateful, but the truth will always come out one way or the other last last cuz I’m a covenant child!”

When someone replied him with:
“Alaye they said your own na greed”

May D went ahead to reply more:

“Bleep u slowpoke! Do you know I was with Psquare since 2008 I never had a bank account!!”

“How can you say greed when I never billed them for anything I have ever done for them in my life! From writing credit and vocal credit on the invasion album … ask them if I was ever greedy!Just let them say it!”

“Dont ever in your life , say I’m greedy again.. I’m the most reasonable person you can ever meet!!

May D revealed how he used to sleep in P’square’s house on TV carton.

For your information I was staying in their boys squatters with their driver and their cook just one room all of us shared a toilet and I had big songs and also the other side of their twin duplex was empty! Now! I slept on brand new television carton used my shirt as cover cloth. 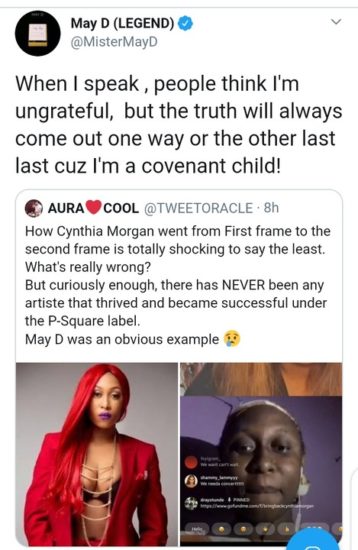 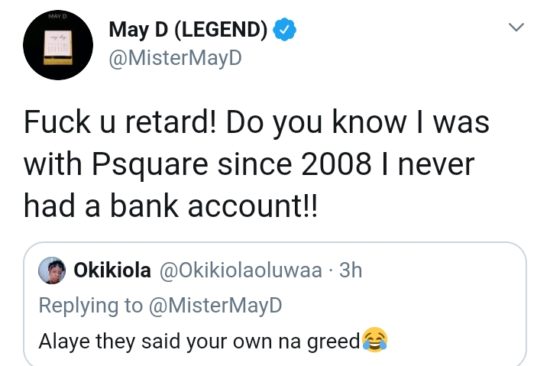 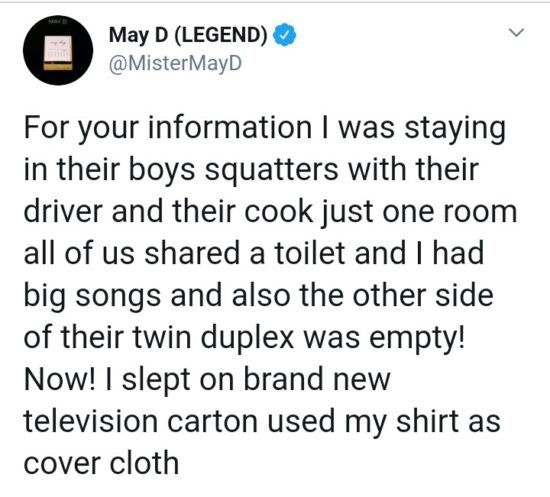 The post “I Slept On TV Carton In Boys Quarters While Living With P’square” – May D appeared first on .

7 Interesting Facts About London From Gomora