An idol maker works on an unfinished Goddess Durga idol at Kumartuli district ahead of the Durga Puja festival in Kolkata, India, 20 September 2022. Bengalis all over the world will be marking the festival representing the victory of good over evil and the celebration of female power from 1 to 5 October. EPA-EFE/PIYAL ADHIKARY French cook Eric Gil (2-R) celebrates his victory as his paella was selected by the jury as the best one in the 5th edition of the World Paella Day held in Valencia, Spain, 20 September 2022. A total of 10 cooks from different countries took part in the event. EPA-EFE/ANA ESCOBAR An idol maker works on unfinished Goddess Durga idols at Kumartuli district ahead of the Durga Puja festival in Kolkata, India, 20 September 2022. Bengalis all over the world will be marking the festival representing the victory of good over evil and the celebration of female power from 1 to 5 October. EPA-EFE/PIYAL ADHIKARY 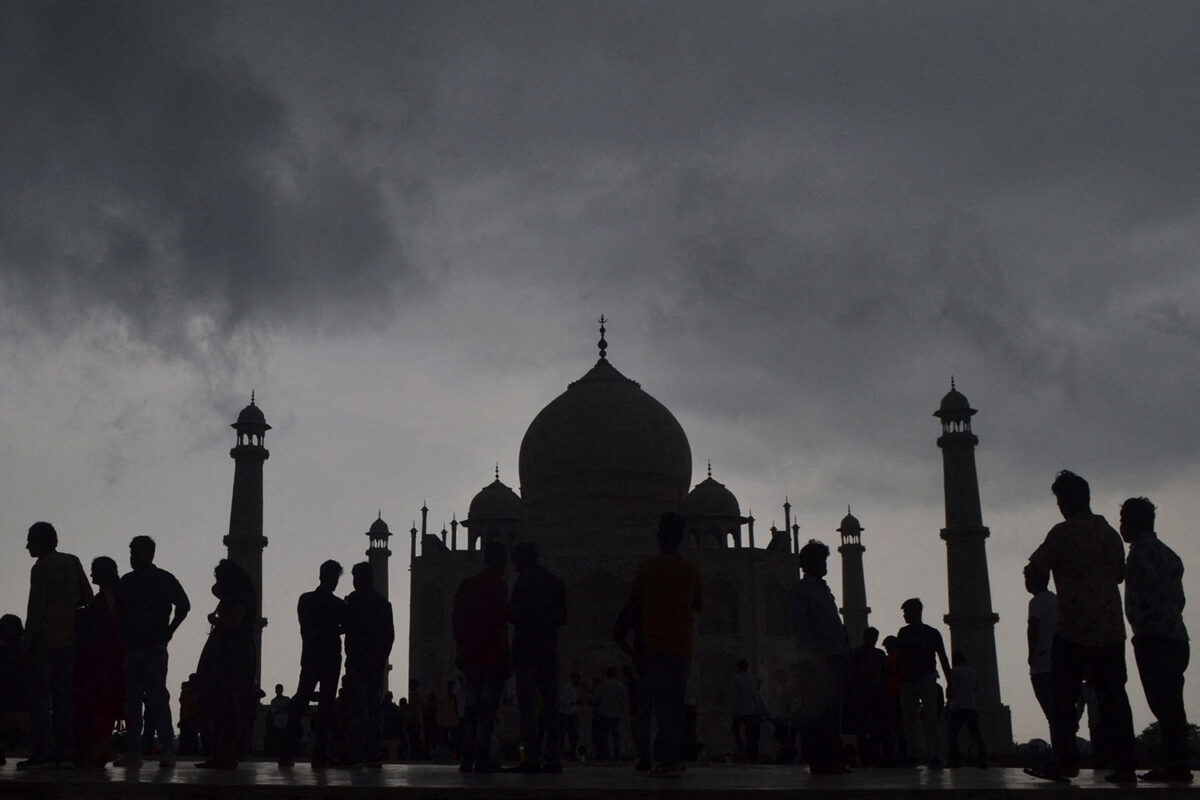 Visitors are silhouetted against the dark clouds at Taj Mahal in Agra on 20 September 2022. (Photo by Pawan SHARMA / AFP) 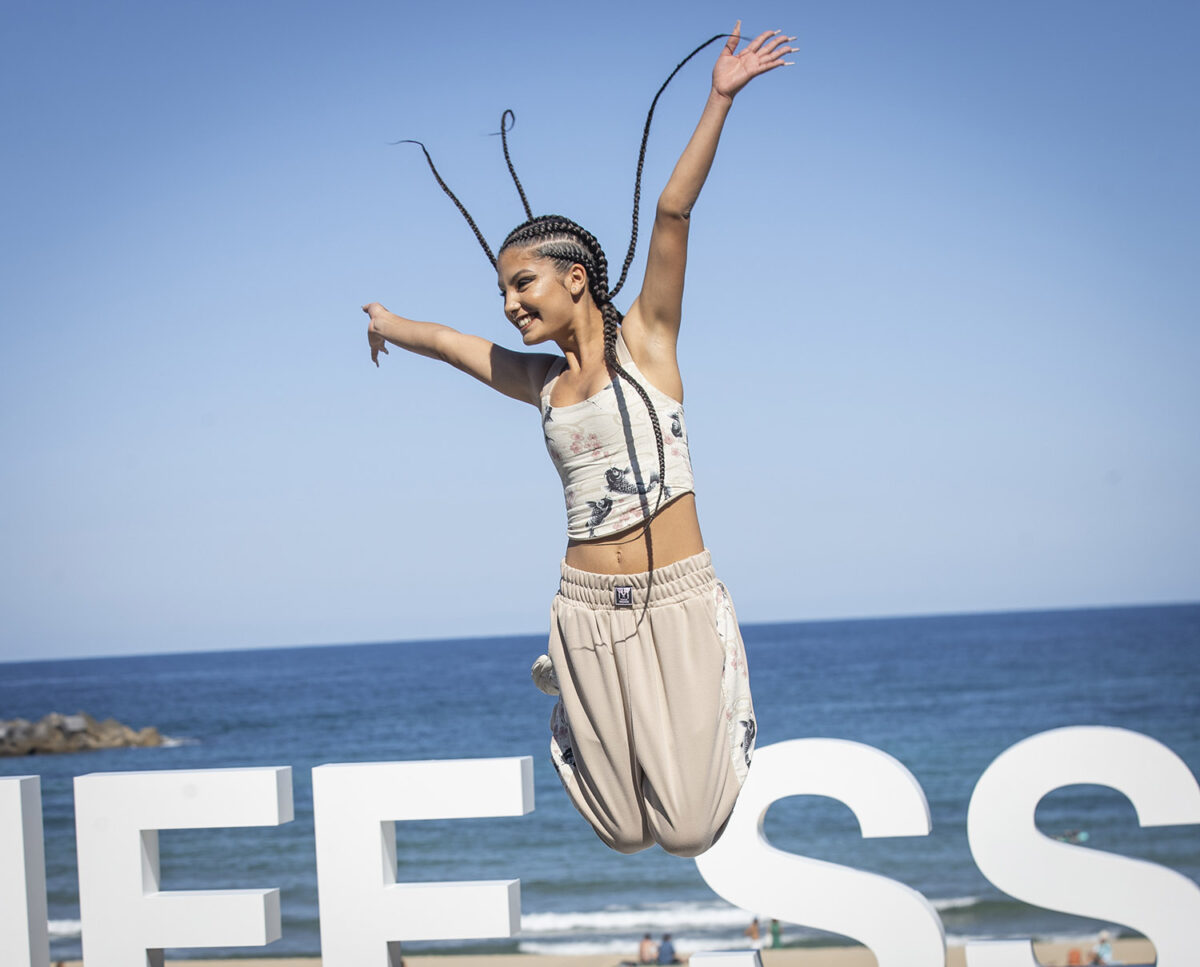 People visit the immersive exhibition ‘Cybernetic Dali’ that opened its doors at the Ideal Digital Art Center in Barcelona, Spain, 20 September 2021. The exhibition offers an immersive experience through the dreamlike scenes created by Dali in his paintings with projections and interactive installations, holograms, virtual reality and artificial intelligence. EPA-EFE/Alejandro Garcia Naomi Osaka of Japan in action against Daria Saville of Australia during a match of the Pan Pacific Open tennis tournament in Tokyo, Japan, 20 September 2022. EPA-EFE/KIMIMASA MAYAMA A Basset Hound with a Union Jack flag attached to its lead is seen on 19 September 2022 in Windsor, England during Committal Service for Britain’s Queen Elizabeth II in St George’s Chapel inside Windsor Castle on 19 September 2022. Monday’s committal service is expected to be attended by at least 800 people, most of whom will not have been at the earlier State Funeral at Westminster Abbey. (Photo by Alex Pantling / POOL / AFP) Queen Maxima waves from the Glass Carriage moving from the Lange Voorhout and the Noordeinde Palace in The Hague, on 20 September 2022. The new government year begins on the third Tuesday, in September. Thousands of people are expected in the Hague for the first time after two years of coronavirus restrictions, to observe Budget Day, also known as Prinsjesdag or Prince’s Day, on which King Willem-Alexander gives the Speech from the Throne in the Schouwburg. (Photo by Ramon van Flymen / ANP / AFP) A car runs past “Czech hedgehog” anti-tank obstacles in Kramatorsk, Donetsk region, on 20 September 2022, amid the Russian invasion of Ukraine. (Photo by Juan BARRETO / AFP) Floral tributes to the Queen Elizabeth II at Green Park outside Buckingham Palace following her funeral in London, Britain, 20 September 2022. Britain is waking up to a new era following the death of Queen Elizabeth II and the final day of mourning on 19 September. Britons and tourists alike from all walks of life are continuing to head to Buckingham Palace to lay floral tributes for the Queen, who died on 8 September, at her Scottish estate. EPA-EFE/ANDY RAIN British Prime Minister Liz Truss speaks to the media at the Empire State building as World leaders begin to gather for the 77th UN General Assembly, on 20 September 2022, in New York City. After two years of holding the session virtually or in a hybrid format, 157 heads of state and representatives of government are expected to attend the General Assembly in person. Toby Melville – Pool/Getty Images/AFP (Photo by POOL / GETTY IMAGES NORTH AMERICA / Getty Images via AFP) A man looks at the book of Xi Jinping, President of the People’s Republic of China, in a Xinnongli Yan Plus Bookstore in Yancheng, Jiangsu province, China, 20 September 2022. Xi Jinping, the President of China and general secretary of the Chinese Communist Party (CCP), is expected to be granted a third five-year term in the upcoming Communist Party congress on 16 October 2022. EPA-EFE/ALEX PLAVEVSKI Displaced flood-affected families travel atop a tractor with their belongings near a makeshift camp at Dera Allah Yar in Jaffarabad district of Balochistan province on 20 September 2022. (Photo by Fida HUSSAIN / AFP)