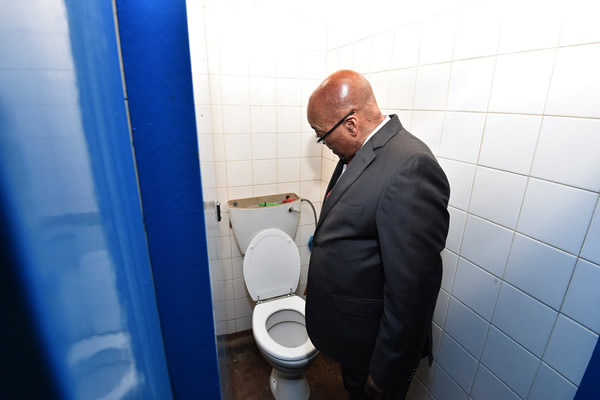 The DA wants corruption-accused former president Jacob Zuma back behind bars by 17:00 on Friday afternoon.

This comes shortly after the Supreme Court of Appeal (SCA) handed down its judgment, setting aside Zuma’s release on medical parole last year by former corrections boss Arthur Fraser, the DA’s lawyers wrote to the acting national commissioner of correctional services, Makgothi Thobakgale.

“The Supreme Court of Appeal confirmed that the effect of its order is that Mr Zuma must return to prison to serve out the remainder of his sentence,” reads the DA’s letter.

It referred to paragraph 60 of the ruling, which reads: “The effect of the setting aside of this declarator is that once the order in this appeal is handed down Mr Zuma’s position as it was prior to his release on medical parole will be reinstated. In other words, Mr Zuma, in law, has not finished serving his sentence. He must return to the Estcourt Correctional Centre to do so.”

According to the DA, it follows that Zuma is obliged to immediately return to the Estcourt Correctional Centre and, if he fails to do so within a reasonable time, Thobakgale is “obliged” to ensure this happens – “by arrest if necessary”.

The DA’s lawyers, Minde, Schapiro and Smith Inc, wrote:
We are thus instructed to demand, as we hereby do, that you confirm within 48 hours that you will ensure that Mr Zuma is returned to the Estcourt Correctional Centre to serve out the remainder of his sentence by 17h00 on Friday, 25 November 2022.

“This case, National Commissioner of Correctional Services v Democratic Alliance, was brought by the DA because we are determined to ensure that the democratic principles of equality before the law and accountability are upheld,” DA leader John Steenhuisen said in a statement released on Tuesday.

While the SCA’s unanimous judgment, penned by Judge Tati Makgoka, found that Zuma must return to the Estcourt Correctional Centre, it stated: “Whether the time spent by Mr Zuma on unlawfully granted medical parole should be taken into account in determining the remaining period of his incarceration, is not a matter for this court to decide.”

The court said it was a matter for Thobakgale’s consideration.

“I Am Not Your Christian Savior” In Defense Of Sexy Photoshoot – Lovablevibes.com

“Love the body you are in,” Simz Ngema advices new mothers