Felix Odiwour Khodhe (April 27, 1983) well known as Jalang’o, is a popular Kenyan radio presenter, Mc, Comedy actor, Entrepreneur, and Philanthropist. He founded a media company called Arena Media, which deals with advertising and marketing. in 2022, Jalang’o was elected as a member of Parliament for Langata Constituency. 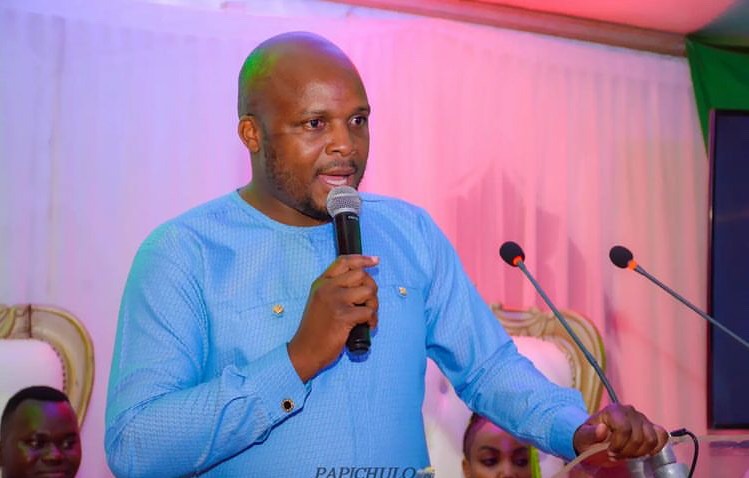 Felix Odiwour, popularly known as Jalang’o, was born on April 27, 1983, in Homa Bay, to a family of five children, three brothers, and one sister.

He went to Homabay Lake Primary School. He scored 442 out of 700 after he sat down for the Kenya Certificate of Primary Education (KCPE). Jalang’o was opportune to be among the people that were selected to join Maseno School, but unfortunately, his father could not afford the school fees. They later did a fundraiser, but on getting to the school, they were told his slot had been sold to another student. Jalang’o was sad, and his father cried; he said that was the first time he saw his father crying.

He later got another admission into Barkanyango secondary school, was transferred to another school named Nyagoma Boys High School in the third term, and sat for his Kenya Certificate of Secondary Education (KCSE) and scored a C+. At this moment, his elder brother George was forced to drop out in order to give Jalang’o a chance to continue his education.

On November 13, 2020, he graduated from Daystar University and earned a Bachelor of Arts in Community Development degree.

Jalang’o worked as a fisherman and fishmonger at Capital Fish Campany Limited based in Homa bay town, he was 23 years old then.

Jalang’o was hardworking, which made him leave Homa Bay Town and go to Nairobi to work. He did a lot of collar jobs like a car wash, casual work in companies, etc. while scouting with his uncle. He later started acting at the Kenya National Theatre, but he rose to fame when he was featured in Citizen TV’s Papa Shirandula. He earned the name Jalang’o from there.

Felix Odiwour worked at Ramogi FM as a voiceover artist. He was employed as a radio presenter in January 2009 at Kiss FM. He worked as a co-host alongside Caroline Mutoko. Sadly, his father passed away the day he got his appointment letter.

He moved to Radio Maisha, a radio station owned by Standard Group, where he worked with Alex Mwakideu till 2017.

Jalang’o moved to Hot 96 FM and worked there for 1 year and 4 months, with Jeff Koinange. Alex Mwakideu later offered him another deal to join Milele FM. He left the station on June 22, 2020. Jalang’o was fired with other 100 employees by Mediamax due to the unfavorable effects of COVID-19 on businesses.

He got 8 job offers within three days but he accept one which is from Radio Africa boss Patrick Quarcoo for him to join Kiss 100. He accepted because that’s where he started his journey. He is now the host of a breakfast show with Kamene Goro.

As a radio presenter and standup comedian, he has been featured on numerous TV shows like Kenya Kona, Churchill Show, etc.

He is also the founder of a media company called Arena Media, which deals with advertising and marketing. He is also a brand ambassador for various brands.

Former President of the United States of America Barack Obama launched the Sauti Kuu Foundation in Kenya, its NGO program, with his sister Dr. Auma Obama. He was offered a sum of Sh2 million ($17,000) as the MC for that event.

It was reported on August 2021, by  Daily Nation and The Standard (Kenya) that jalang’o is a member of a criminal group based in Nairobi that was involved in different kinds of scams like drug trafficking, black money scams, armed robbery, kidnapping, hired killer, etc and it was reported that he is involved in money laundering. He was also accused of being a silent group member but using legit business to cover up.

He was elected as a member of Parliament for Langata Constituency in the 2022 Kenyan general election under the Orange Democratic Movement.

Jalang’o got married to Amina Chao. They are blessed with two kids, named Salika and Cheptoek Boyo.

Jalang’o is one of the richest media personalities in Kenya, his net worth is estimated to be $2.6 million.