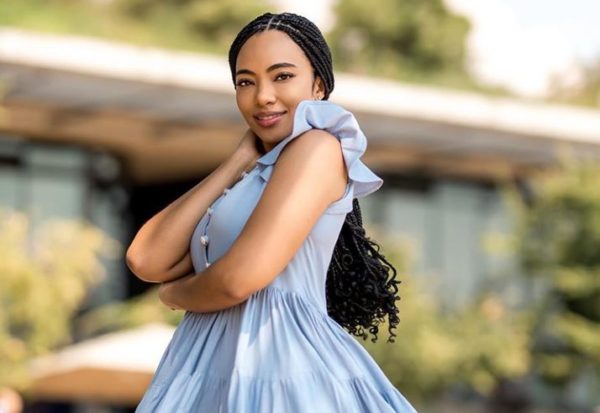 Amanda du-Pont reveals being raped and abused by her ex-lover, Jub Jub for two years while they dated.

The confession was triggered by Jub’s act of prating about how his baby mama, Kelly Khumalo bewitched him to break up with Amanda.

In a video shared on Instagram by the actress, she accused the rapper of abusing her emotionally and mentally for two years.

She said the TV personality tried to kill her and she sought for her from the SA police officials but they failed her, as the Police woman who attended to her years ago told her to return home and have a rethink of her decision to report her then boyfriend.

Amanda also cleared the air on a photo of her with Jub Jub in prison that has now gone viral.

She said she went to the prison for charity, and Jub requested for a photo.

The actress also empathized with Kelly who is the rapper’s baby mama and ex-girlfriend; as Kelly also suffered abuse from Jub.

Watch the full video below: