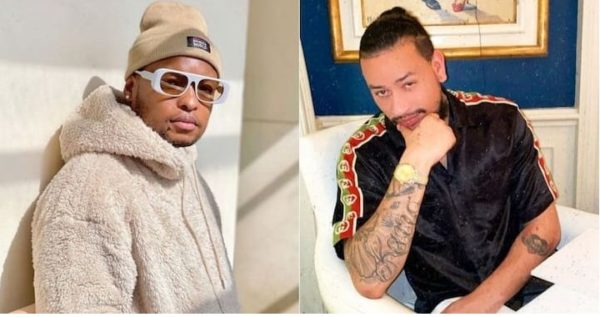 K.O has finally responded to AKA after stating SETE is making his life miserable.

Yesterday, SupaMega admitted that the rapper dropped the best song in SETE even though his new single Lemons (Lemonade) has gained notoriety.

However, SETE is dominating the charts and AKA is worried.

Taking to Twitter, AKA opened up on K.O’s SETE making his life challenging because his new single with Nasty C is still stuck in the number two spot on the music charts.

The SkhandaWorld boss went on and encourage his peer expressing that his song will achieve the kind of success he is aiming for.

K.O urged AKA to be patient as his song is still very new on the charts. “You got this big dawg, it’s only been a week.”

SupaMega went on to praise the rapper admitting he had a smash hit in SETE and that his album is also extremely good.

“Haha!! Very kind of you. You dropped an absolute monster. SR3 sounding goated too.” AKA responded.

Haha!! Very kind of you. You dropped an absolute monster. SR3 sounding goated too … 🐐 https://t.co/RgmkHrqmSP

Emtee recounts how he witnessed three shootouts before his performance

The most common causes of acne breakout in men