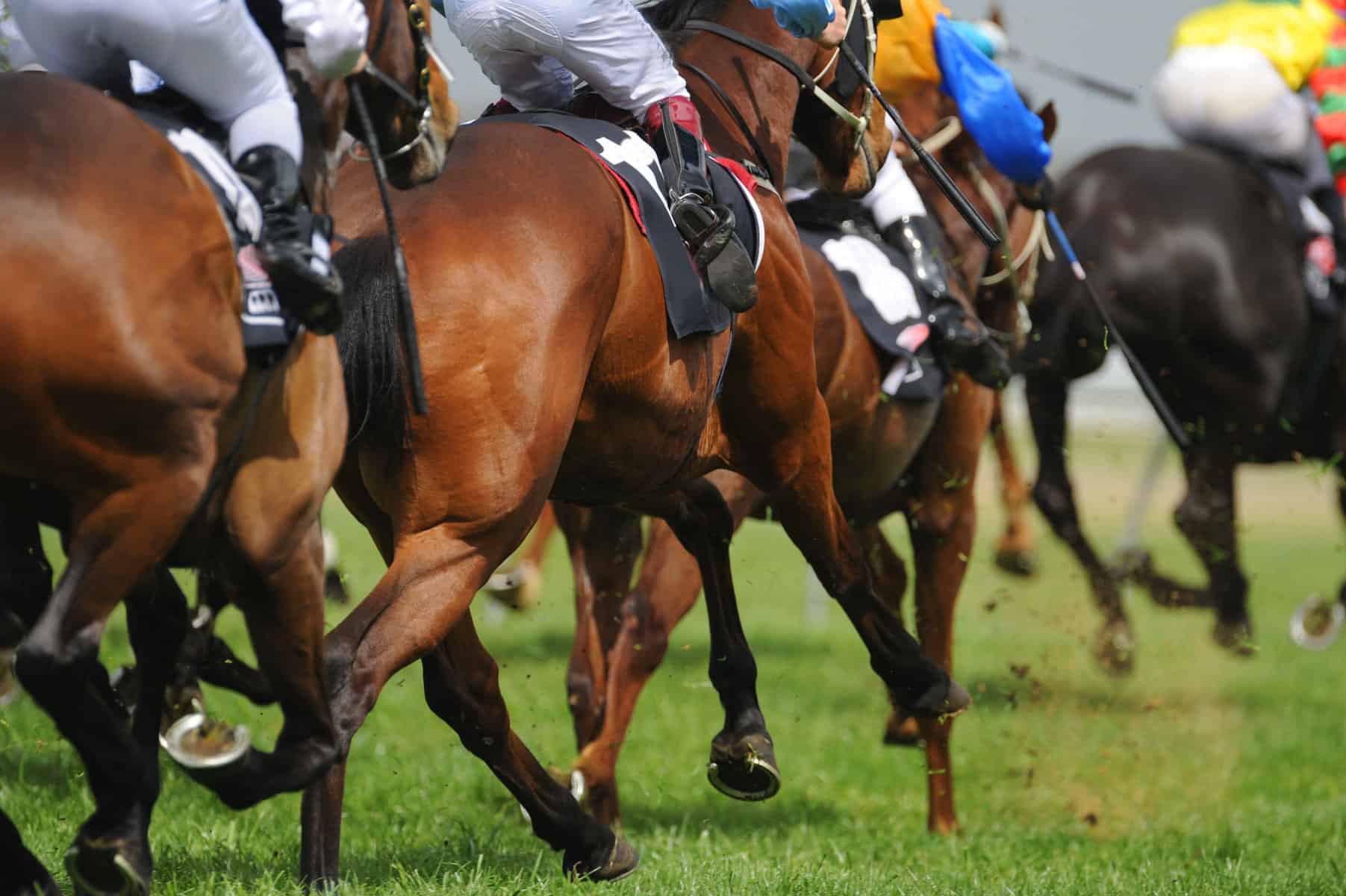 Kotzen’s filly Ameena, starting at 8-1 and ridden by Richard Fourie, swooped to grab the Slipper from two rank outsiders, Woodland Retreat (40-1) and Time Fo Orchids (20-1), who were battling it out down the final stretch.

Two unbeaten Highveld raiders, Maharanee and Sweet Pepper, were heavily backed to fight out the Grade 2 contest, but neither found any sort of finish and they trailed in near the tail of affairs.

Ameena took her record to three wins in four starts and Kotzen revealed she had been “bought for a song”, proving that people don’t have to be ultra-wealthy to own a racehorse. Indeed, Ameena is the first horse bought by co-owner Jasvin Singh. “I have no words!” he said in the post-race interview.

Kotzen was back in the winner’s circle after the very next race, the colts’ version of the “baby” races, when another 8-1 chance, Cousin Casey, and jockey Grant van Niekerk powered to victory in the Horseshoe.

Fourie was first out of the blocks, booting home 5-1 shot Feather Boa in Race 1, the Bloodstock SA Sales Cup for fillies over 1300m.

Trainer Stuart Pettigrew was full of praise for his filly, who broke her maiden against a clutch of winners. “She’s a wonderful filly and you’re going to hear a lot about her. She’s going straight to the top,” he said.

Before steering home Cousin Casey, Van Niekerk strolled to triumph on Justin Snaith-trained, aptly named, One Way Traffic in the Vodacom 2200 – aka the “July consolation” race for horses that didn’t crack the nod for the July itself.

Things went strictly according to the script when Blackthorn won Race 4, the Grade 3 DStv Gold Vase.

Not only was the four-year-old an odds-on favourite, but he was owned by the Hollywoodbets Syndicate – part of the burgeoning bookmaking firm that has become just the third sponsor of South Africa’s biggest horse race – after Rothmans and Vodacom.

Trainer Sean Tarry confessed after the race that Blackthorn’s triumph had been carefully plotted: “It was all part of the plan, and thankfully everything fell into place!”

Hollywoodbets, founded in Durban and now a global operation, has injected a large amount of money into local racing and boosted the July itself’s prize money to its highest level ever, at R5-million.

The firm got a dream marketing boost as Blackthorn and in-form jockey Keagan de Melo streaked to victory in the syndicate’s familiar yellow and purple silks at the end of a 3000m marathon trundle around the Greyville turf.

The race was run at a painfully slow pace, with Imperial Ruby setting the fractions, Rex Union and Mystery Boy tracking him and Blackthorn towards the rear of the nine-horse field. As they neared the final turn, 600m out, De Melo stirred his mount and came around the bunch into the straight.

Imperial Ruby and Rex Union hung tough in the stretch, but Blackthorn always looked like he had their measure, and he drew away to win by a length.

Race 2, the colts’ version of the Sales Cup, was a bit of a blow for punters, with 33-1 longshot Mover And Shaker landing it for Joburg trainer Fabian Habib and jockey S’Manga Khumalo.

Khumalo managed to hold off a determined challenge from his good friend Muzi Yeni aboard favourite Now I Got You, from Corrie Lensley’s Vaal stables.