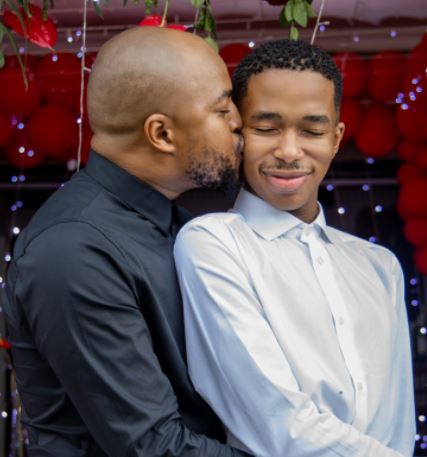 Lasizwe has decided spill the tea on what is going on in his relationship with his new bae.

The star has been all over social media sharing that he is heart broken.

At first, people felt he had a fight with his man but he mentioned he is missing him and can’t deal with the fact he is away.

Days passed by, Lasizwe filled his Insta-stories with videos of himself crying and sober.

Well, he come out to tell the world that his Xhosa bae and it came from the horses mouth that he dribbled him.

The comedian made this known through his Instagram live together with comedian Lemi Locco and narrated what happened between he and his new bae that left him heartbroken.

Taking to Twitter he accepted defeat and ‘updated the score board’ saying Xhosa men are taking the lead. He then posted another video of him in disbelief.

In the live, Lasizwe mentioned that he dropped his bae off at the airport because he was heading to Cape Town.

After saying their goodbye’s Lasizwe decides to let his hair down and go out with his friends.

To his greatest surprise, he bumped into him at a chill spot called Great Dane.

He said: “I’ve never gowishad (gone through a lot) so much for a man. You leave him at the airport and then you just say cool let me go out with my friends, and then you bump into him at Great Dane.”

“Even though our relationship was like 2 seconds old, I have known you for a good year and you have been trying to get with me for six months…I have given you a chance and we have been with each other for six months. I see you at Great Dane when I have dropped you off at the airport. For the flight that I booked for you.”

Lasizwe continues his story by saying he is not really heartbroken in fact he does not know what to feel.