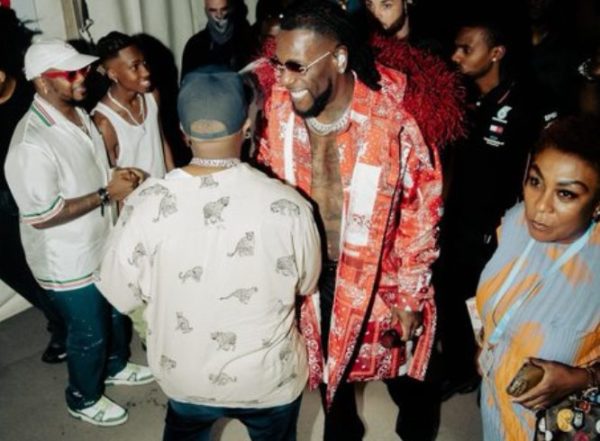 Major League DJz have once again linked up with African giant, Burna Boy.

In August, Burna supported the duo by attending their Balcony Mix Africa in London.

The Amapiano DJs announced the show weeks ago, hoping for a huge turnout and it exceeded their plan as it was a success.

Well, they have once again linked up and Major League DJz are so excited to see the superstar.

In the picture they shared, it can be seen that they are all tryin g to exchange greetings as Burna Boy’s mother who is also his manager was spotted.

Major League DJz tweeted: “Always a vibe when we link up. Africans over everything. @burnaboy”

Always a vibe when we link up. Africans over everything. @burnaboy 🦍⚡️ pic.twitter.com/a29Eh3f5fg