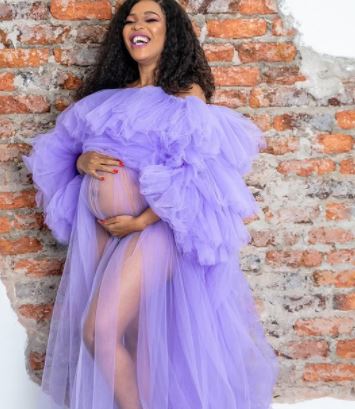 Mmatema Gavu and her husband have finally revealed their baby’s gender.

This is coming after the star announced she will be expecting her bundle of joy.

“We’ve been waiting in anticipation. We don’t know if we’re having a boy or a girl. We asked the doctor to write on a small piece of paper and we’ve been keeping it safe for the past 4 days. So today we are going to have a Braai. It is his Braai. So he going to be doing the Braaing. We just came back from the mall to collect the Balloons. And now we are going to start prepping.” said Mmatema.

After popping one of the balloons with a note from the Doctor inside, the wait was finally over. “We are having a girl. That’s what they mean about God giving you your desires. I’m so excited. Glory to God.

The excited couple called their family to let them know that they are having a baby girl.