The second and final episode of MTV Base Hottest MCs is officially wrapped up and after the uproar that occurred on socials last night by angry fans discussing the ranking of A-Reece as number six, the rapper was moved up to occupy the 5th spot on the list. 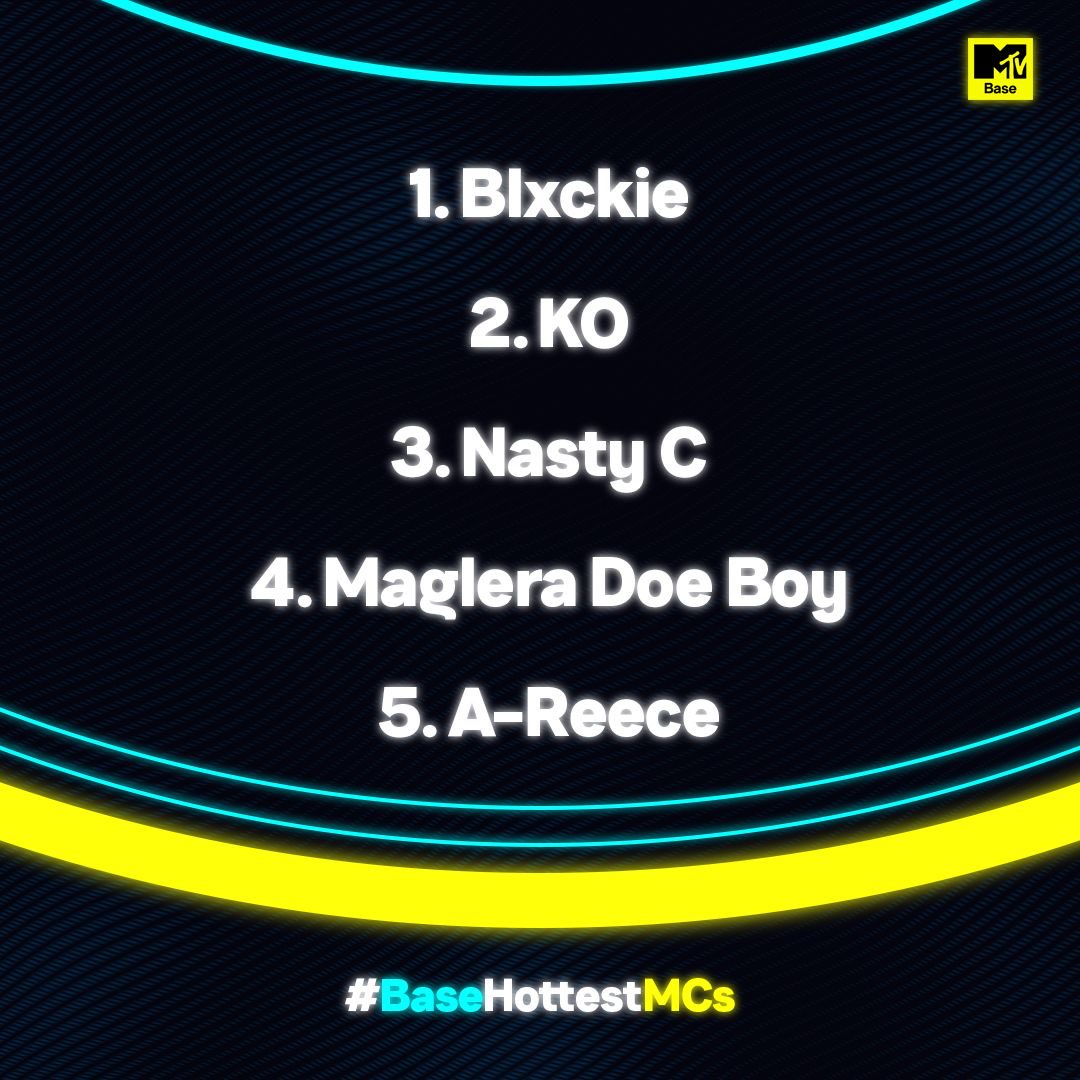 Blxckie has been crowned the first-place position and holds it down for the second year in a row as MTV Base’s Hottest MC for 2022.

While fans are still unhappy about decisions made for yesterday’s ranking, todays official top 5 announcement seems to have calmer, yet still many mixed reactions from supporters.

Check out some of the reactions below: