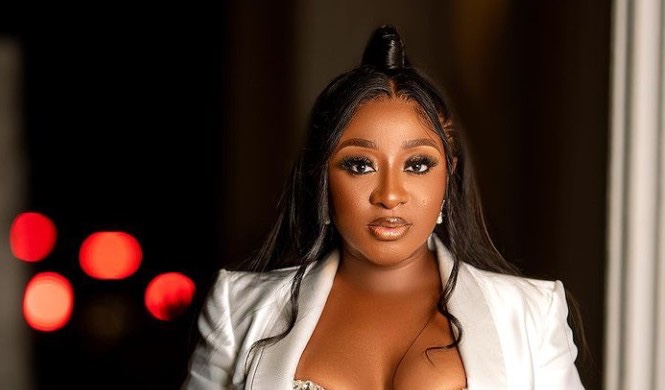 Actress Ini Edo has replied to critics who criticised her for having a child through a surrogate mother, questioning the paternity of the child.

Reacting in a now-deleted Instagram story on Tuesday, the actress stated that the sperm donor is not a random person, urging that she and her daughter be left alone.

“My daughter’s donor isn’t a random just a person. Doesn’t make him any more than a donor. Now y’all can start to focus on what’s really important in this country and leave us the hell alone,” she wrote. 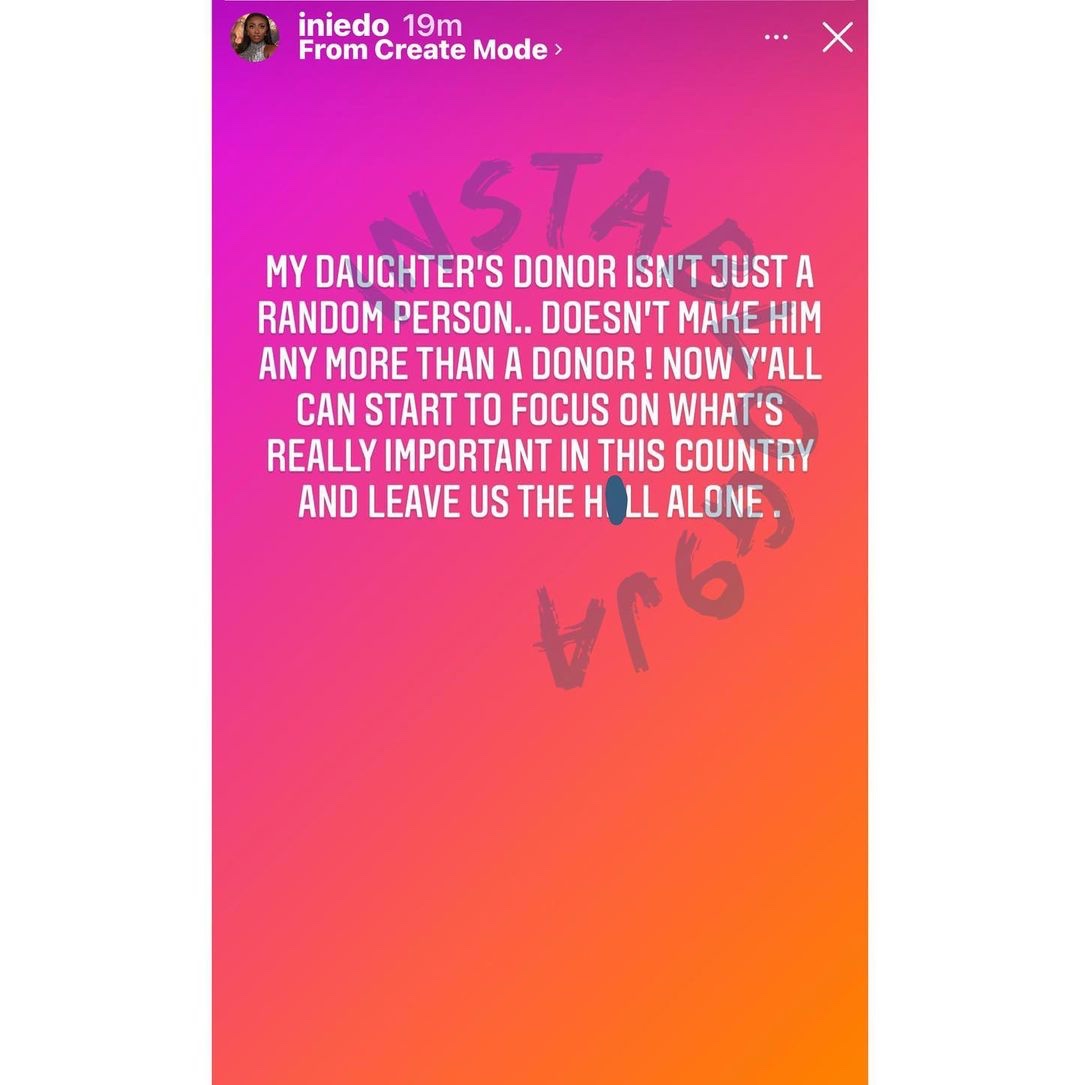