No One Buys Tablets Anymore

We knew that this will happen one day. The latest report from Canalys shows that in the second quarter of 2022, the global PC market (including tablet PCs) shipments fell by 14% month-on-month to 105 million units. In other words, after the pandemic, when this niche was resurrected, now, most of the users prefer other types of large screen products over tablets.

Further reading: Android Tablet Market Dropped By Half In Q2 2022 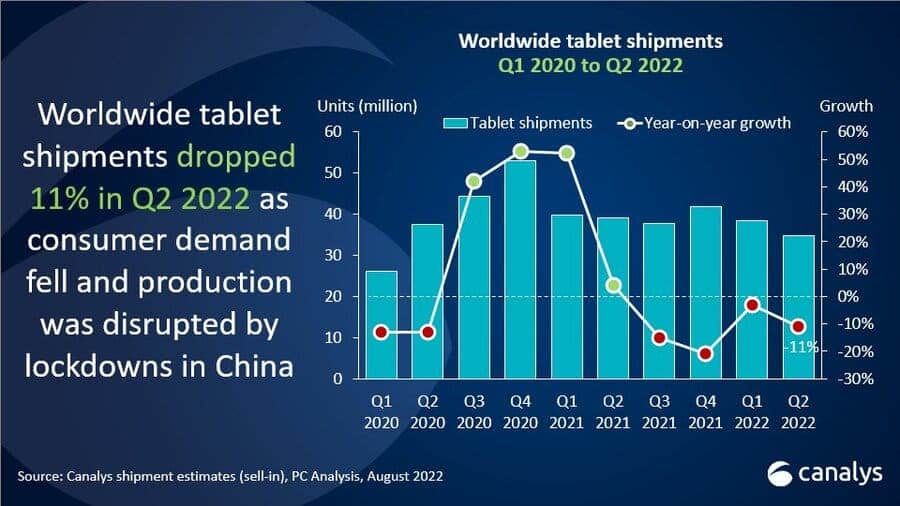 By the way, tablet shipments fell for four consecutive quarters, down 11% year-on-year. In the second quarter, the market shipped 34.8 million units. Chromebooks also declined for four consecutive quarters, with shipments falling 57% to 5.1 million units. Obviously, the reason behind the decline is the weak demand in the consumer and education sectors. 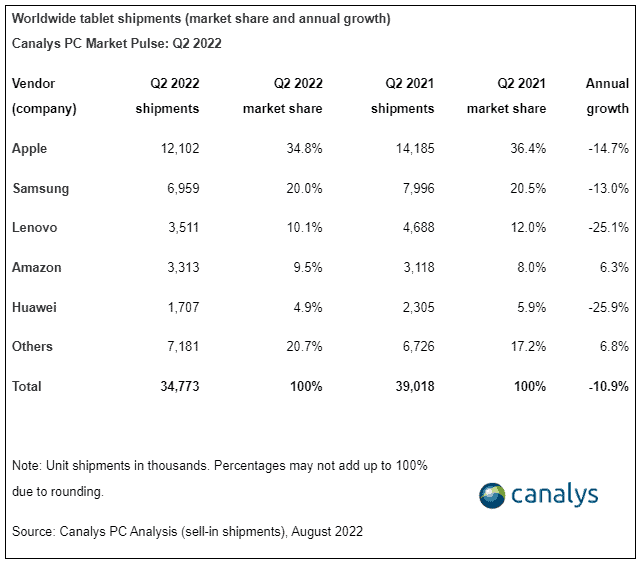 In the second quarter of 2022, Acer became the market-leading Chromebook vendor with over a quarter of the market. While shipments fell 28%, the decline was relatively smaller than that of major competitors. For instance, Lenovo’s shipments fell 56% year-over-year, but still ranked second. Due to its reliance on shipments in the US education sector, HP saw the biggest drop in sales among the top vendors. Its shipments dropped by 79%. Dell and Asus also appeared in the top five. 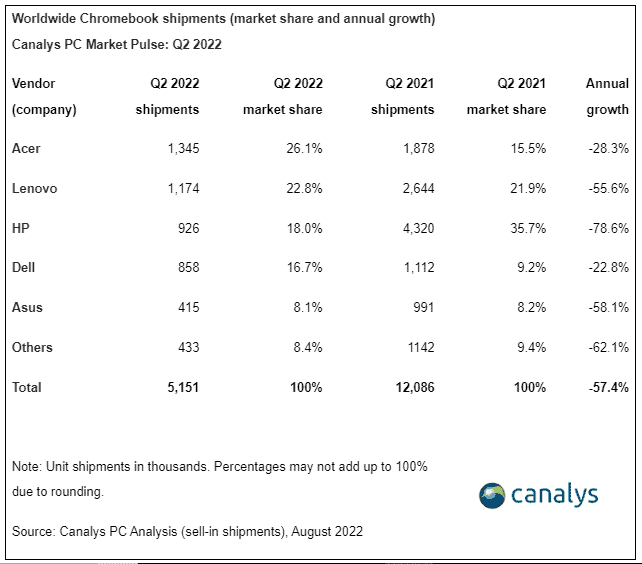 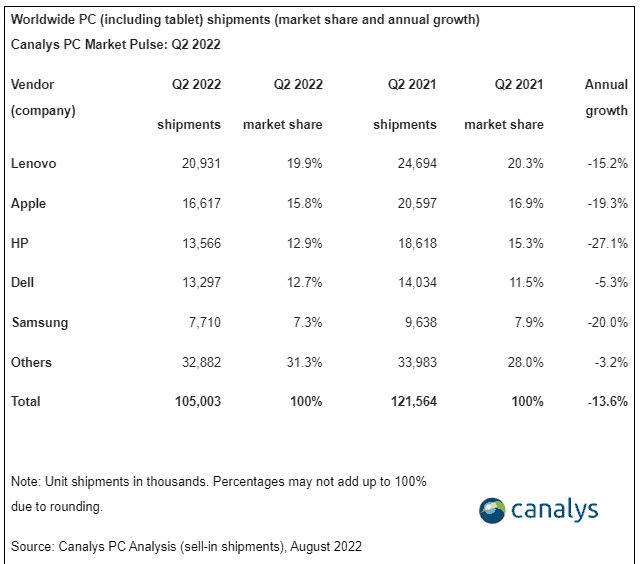