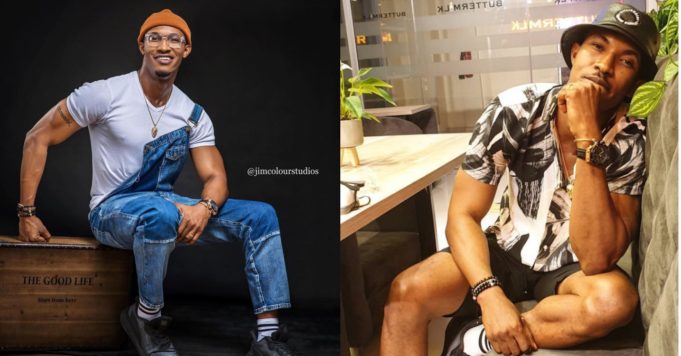 Earlier today, Gideon Okeke disclosed that he’s having an emotional breakdown and that he’s tempted to quit acting because of the shabby way Nigerian actors are treated,

He stressed that Nigerian film executives do not remember the actors when it’s time to share the proceeds from the movies.

He added that he keeps fighting for the condition of actors to be better but his fellow actors do not show support and he asked them to grow some “balls”.

After he shared his post, a number of actors commented, indicating support.

One person blamed him for not joining the family of the Actors’ Guild, hence the reason why he’s not carried along. And Gideon responded.

Below are their comments. 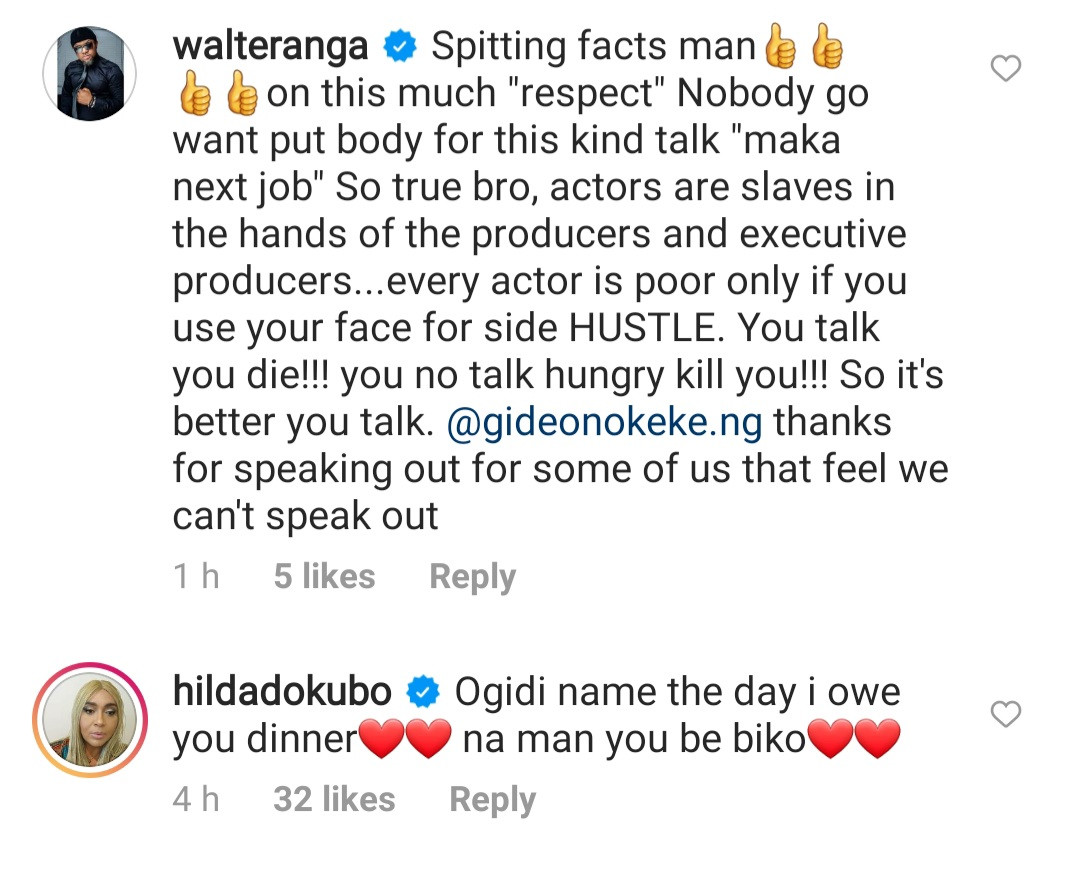 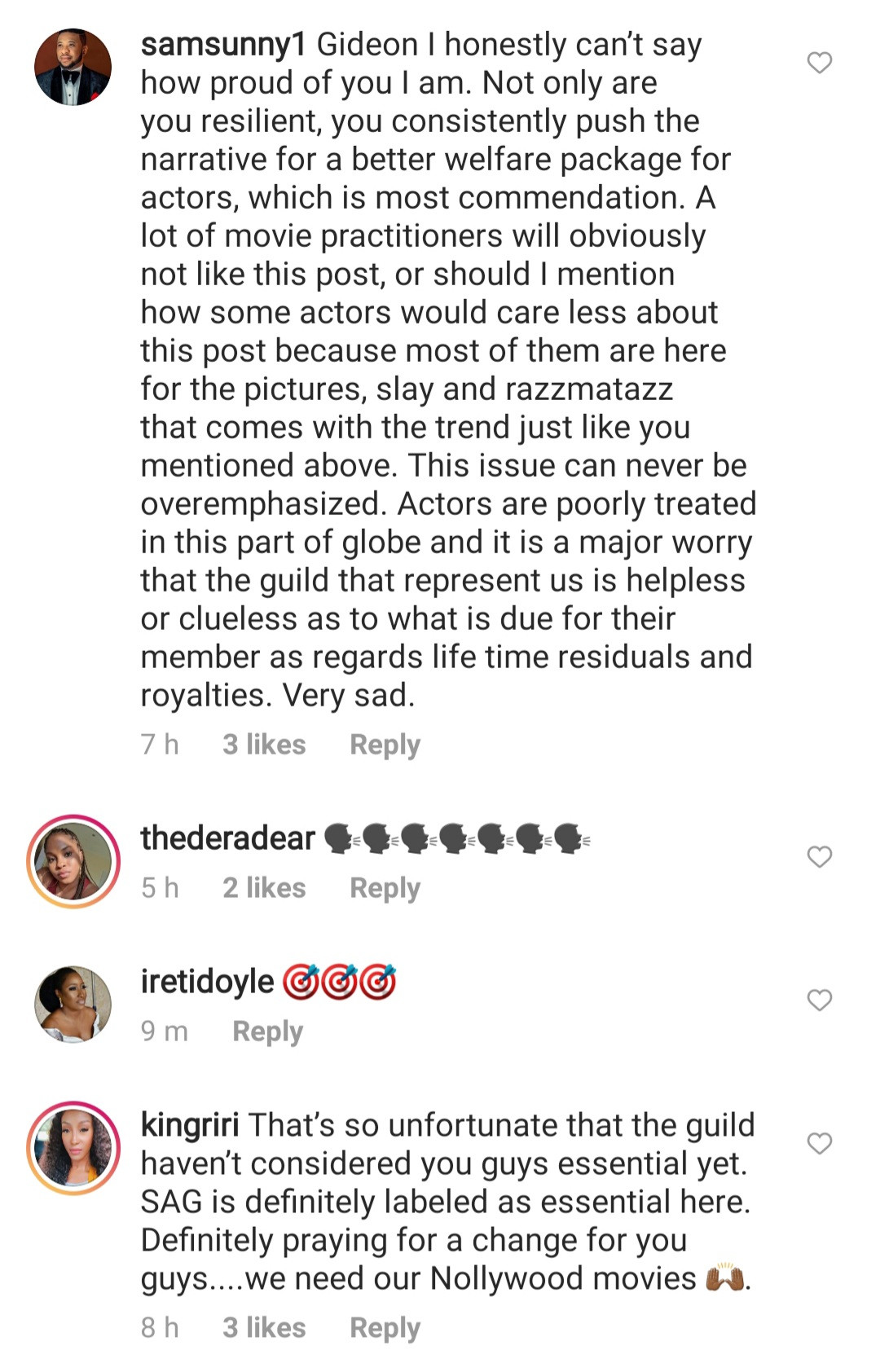 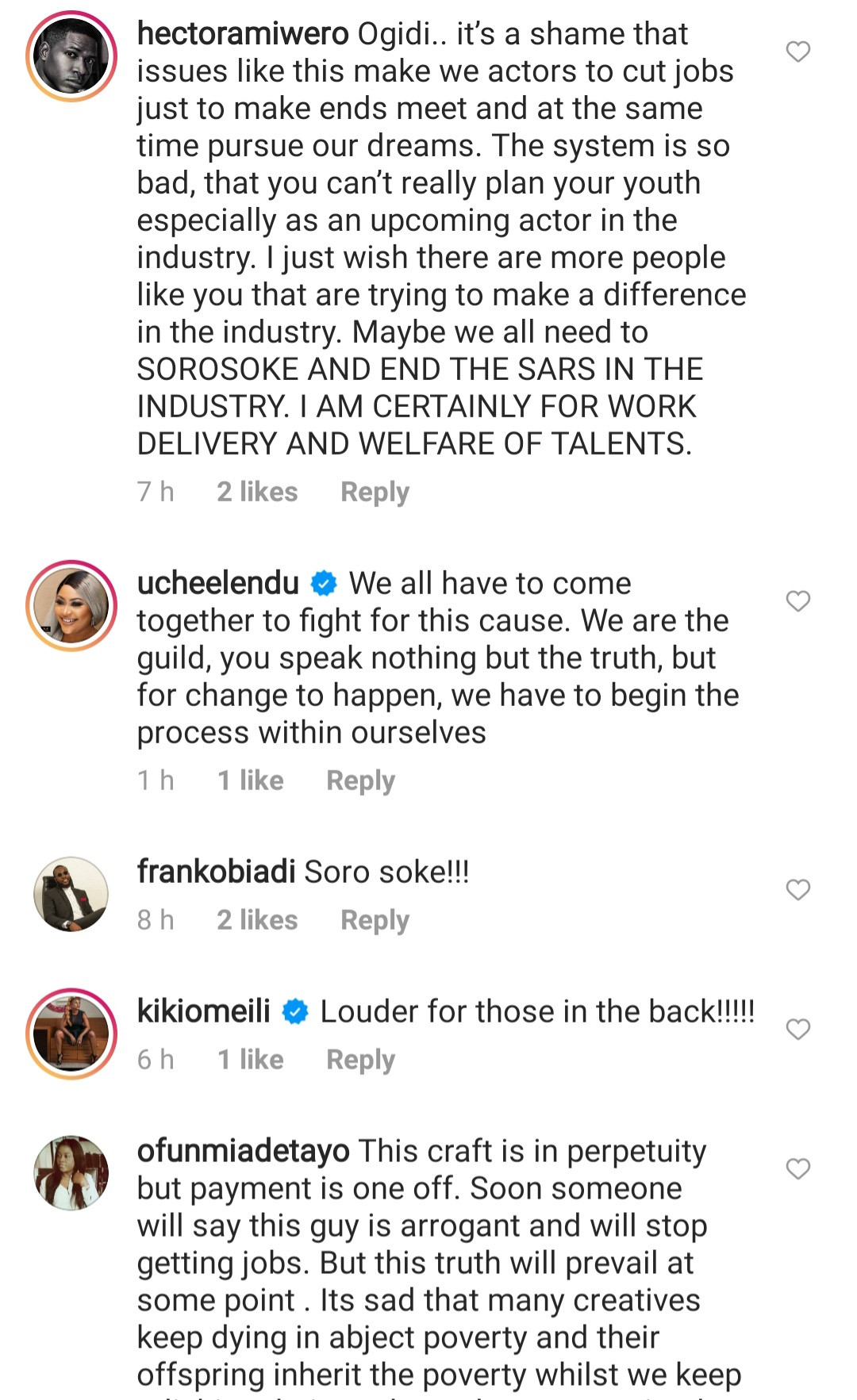 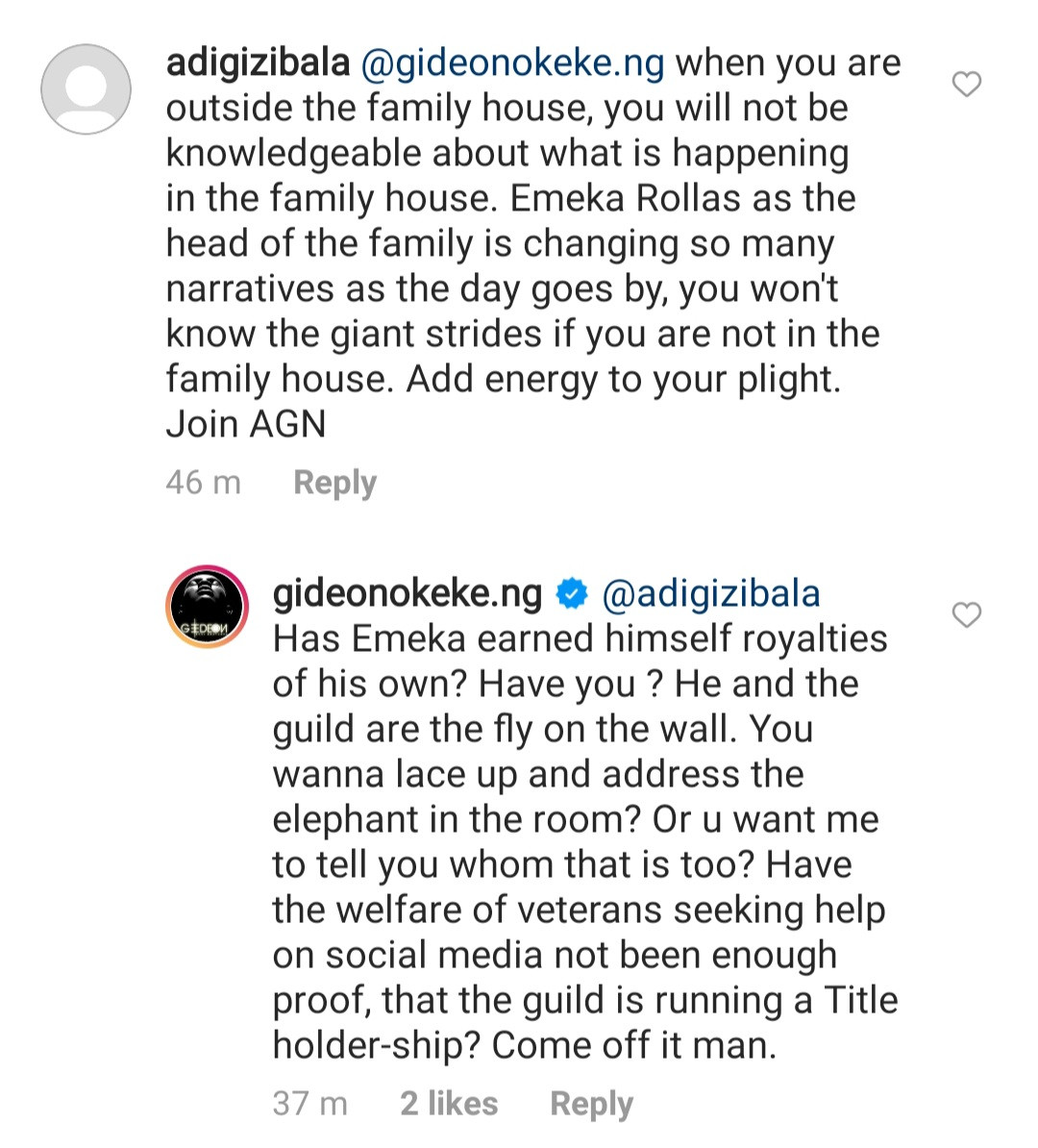 Prince Kaybee to drop a new song every month till December

Prince Kaybee reveals his strategy for the year