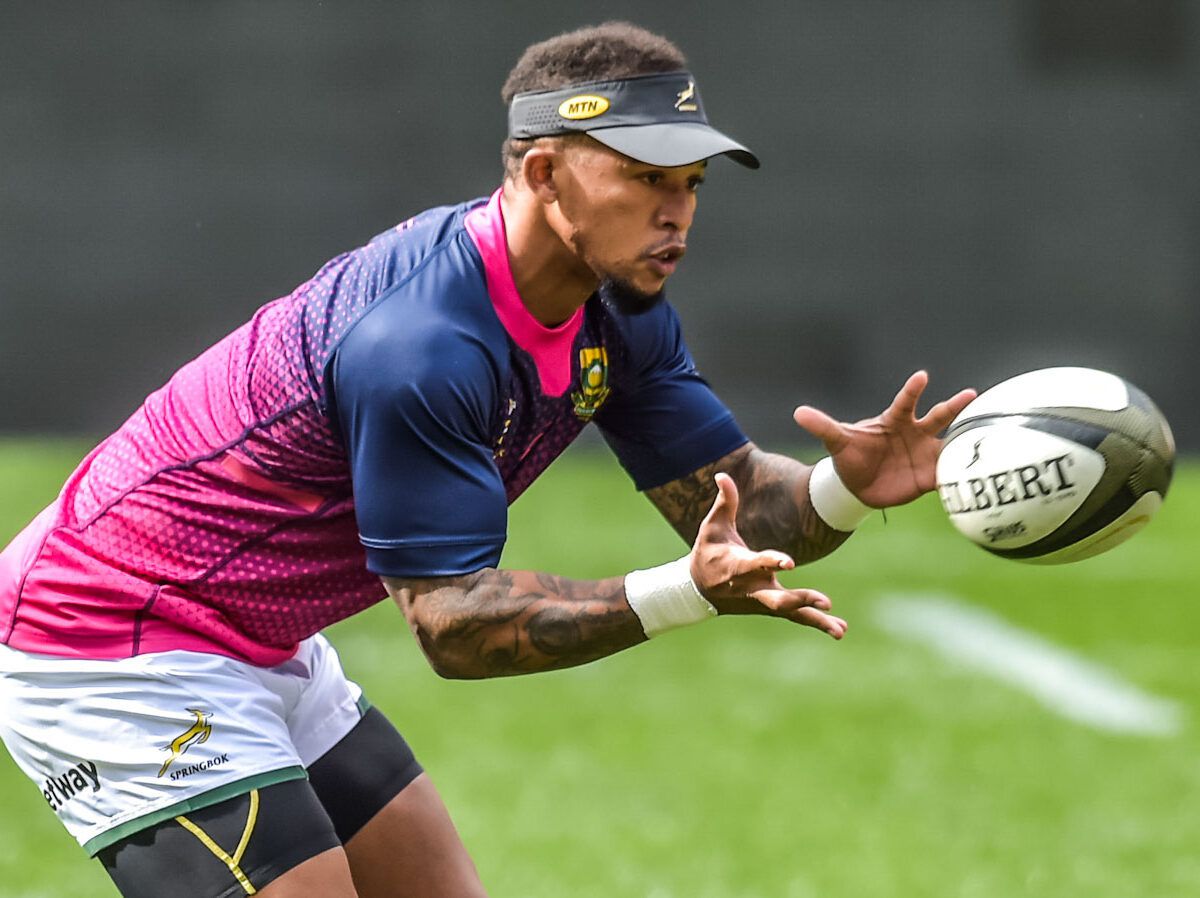 Jantjies was detained at OR Tambo International Airport on Sunday 15 May 2022, while he was later released by police – on R1 000 bail – after a few hours in custody.

The World Cup-winning flyhalf arrived at the Kempton Park magistrate’s court on Monday in relation to the incident that led to police detention, and TimesLive has now reported that the malicious damage to property case was then postponed until next month for further investigation.

As it is, there have been wildly contrasting reports on the in-flight incident, which led to his arrest on Sunday.

The shocking news quickly spread like wildfire across the globe, with the natural question revolving around what could possibly have taken place on board the Emirates flight, with Jantjies said to have been returning to Johannesburg via Dubai after a family trip to Turkey.

The case, which was postponed to 3 June, could be resolved through mediation, and may allow Jantjies to simply make a formal apology and/or possibly compensate for any damages.

According to News24, Gauteng National Prosecuting Authority (NPA) spokesperson Phindi Mjonondwane said they received complaints that the Bok star had been swearing at passengers and crew members.

“He is also alleged to have broken a TV screen and bulb when he was ordered to return to his seat after breaking a glass that cut his finger in the business class stretching area.”

In the hours after the news came to light, details were limited, but Jantjies’ agent James Adams confirmed that the Bok flyhalf was no longer in custody and was returning home.

“It’s alleged that while on board the plane, a light was damaged. We believe that the incident has been unnecessarily heightened,” Adams later commented in a more detailed statement.

“Our client, however, remains compliant with the investigation process and will address this matter with the seriousness it beckons.”

“We would like to allow the legal authorities to attend to this matter without any undue influence and ask that the public and press respect the legal process without casting judgement and also request that our client’s right to privacy be maintained.”

However, the reference to a “light” simply being damaged stood in contrast to a shocking report by News24 on Monday morning, which suggested that Jantjies had bloodied his knuckles on the plane’s bathroom door as a ‘terrified’ air hostess allegedly hid away.

The report suggests that Jantjies spent 10 minutes banging on the toilet door, while a fellow passenger alleges that Jantjies could be heard saying “Komaan, my skat (Come on, my darling)” to the air hostess who was hiding in the cubicle.

Meanwhile, during court proceedings, Jantjies’ lawyer Nabeela Moola had earlier opposed an application by the media for permission to record court proceedings, stating that this could prejudice Jantjies by tarnishing his image and perhaps jeopardise his job.

Moola also said the media had published untrue articles speculating on why Jantjies was arrested, while suggesting it had been particularly “misleading and speculative”.

Two witnesses told News24 that Jantjies was unsteady on his feet, and that there was blood “all over the toilet door”, while suggesting his blood-stained fists also smeared some of the seats.

A visibly “terrified” air hostess was said to have emerged from the toilet after Jantjies finally returned to his seat.

The eyewitnesses suggested the incident occurred after Jantjies came through to economy class from his place in business class.

“It was weird that he walked to economy class when he was sitting in business class. He struggled to keep his balance while walking,” a passenger said.

“He was banging on the toilet door, saying in Afrikaans ‘Komaan, my skat (‘Come on, my darling’). It was clear that he wanted to speak to someone in the bathroom and he ended up punching the door of the bathroom. That (beating the door) caused his knuckles to start bleeding.

“He came back to business class. The blood of his knuckles was all over the toilet door, and he was moving through the cabin, smearing blood on people’s seats because he was walking clumsily. A blond Emirates hostess then came out of the bathroom, and you could see she was terrified,” the passenger added.

When commenting on the incident Gauteng police spokesperson Colonel Athlenda Mathe said that “a 31-year-old man had been arrested for malicious damage to property”.

Jantjies, who was part of the Springboks’ World Cup-winning squad in 2019, appeared at the Kempton Park Magistrate’s Court on Monday, seemingly flanked by his lawyer and bodyguards.

SA Rugby were aware of the incident involving Jantjies

“We’ve been informed of Elton’s arrest, but we are still in the process of gathering more information and can’t say anything at this stage,” said a SA Rugby spokesperson.

After the incident, a fellow passenger confirmed Jantjies was arrested and escorted off the plane.

“Emirates can confirm that on 15 May an incident occurred on flight EK761 from Dubai to Johannesburg, whereby an unruly passenger was disruptive on-board the aircraft. Upon arrival, the passenger was met by local authorities. The safety of our passengers and crew is of critical importance and will not be compromised. As the matter is now under police investigation, Emirates cannot comment further on the incident,” a statement said.