Ntukza has taken to his Twitter to explain his decision to release a new music project before the end of the year.

The star revealed that there has been a demand for him to release new music hence he has decided to drop it before the year-end.

“There’s quite a demand for me to release music now so I thought, I might as well without feeling any pressure. I’m always on studio anyway. Stay ready so you don’t have to be ready,” tweeted the veteran rapper. 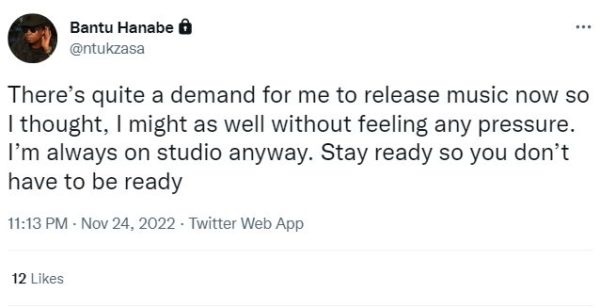 The post Ntukza on his hasty decision to drop a music project before the year ends appeared first on .

“I Am Not Your Christian Savior” In Defense Of Sexy Photoshoot – Lovablevibes.com

“Love the body you are in,” Simz Ngema advices new mothers

Do not impose reconciliation on us, says Panyaza Lesufi on Janusz Walus parole