The market for graphics cards has been greatly affected by the semiconductor crisis. However, this has not stopped traditional brands from moving on. NVIDIA, one of the leading companies in the segment, has been launching a new RTX graphics card generation every year. For the pleasure of enthusiasts and cryptocurrency miners, a new generation arrives today. The company is introducing the RTX 40-series with the RTX 4090 leading the way.

The new RTX 40 series opens the company’s new generation of GPUs and kicks in some new technologies. For instance, we have a new take on the DLSS tech – the DLSS 3! The new GPUs will reach the market in the next month. The prices will begin at $899. Without further ado, let’s see what the new RTX has in tow for the market. 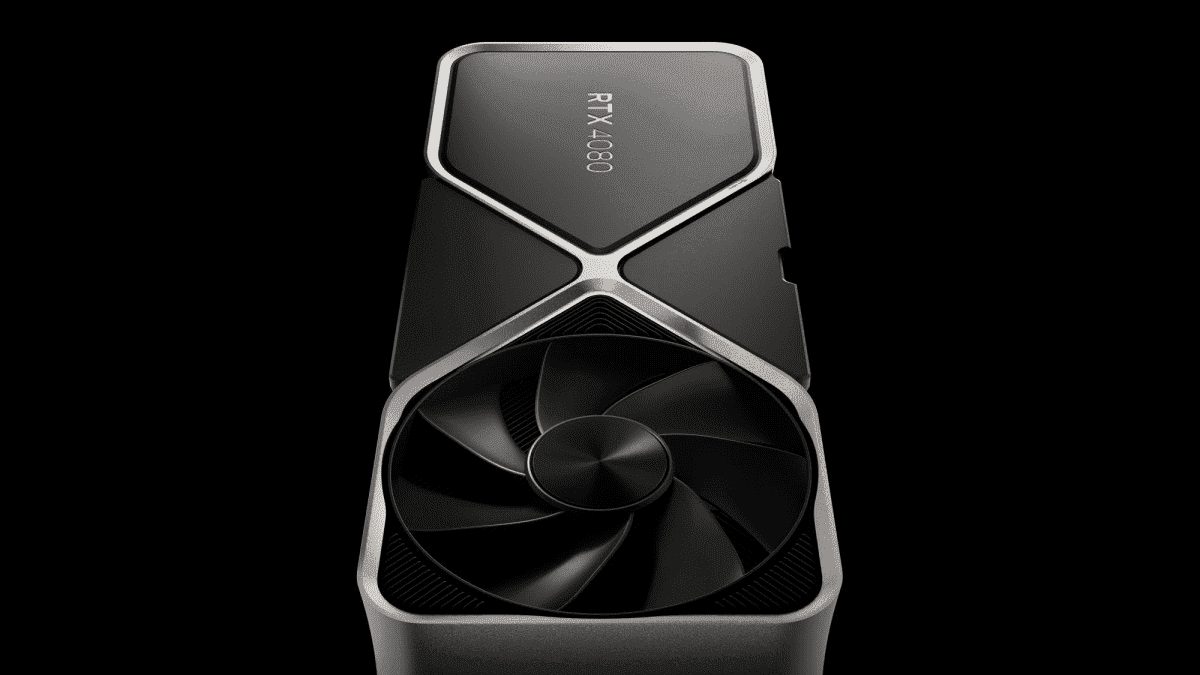 The second variant has 12 GB of GDDR6X memory and a 192-bit memory interface. The smaller offers 7680 CUDA cores and a higher 2.61 GHz boost clock. However, even with the higher clock, it’s a weaker variant.

The new RTX 4090 and 4080 brings a lot of advancements. There’s a new GPU using TSMC’s 4nm Ada Lovelace architecture. It features 3rd gen RT cores, 4th gen Tensor Cores. Furthermore, there is support for new features such as DLSS 3 and AV1 encoder. DLSS 3 is the next take on NVIDIA’s interesting tech that render graphics at lower resolution and upscale the resolution using advanced AI. 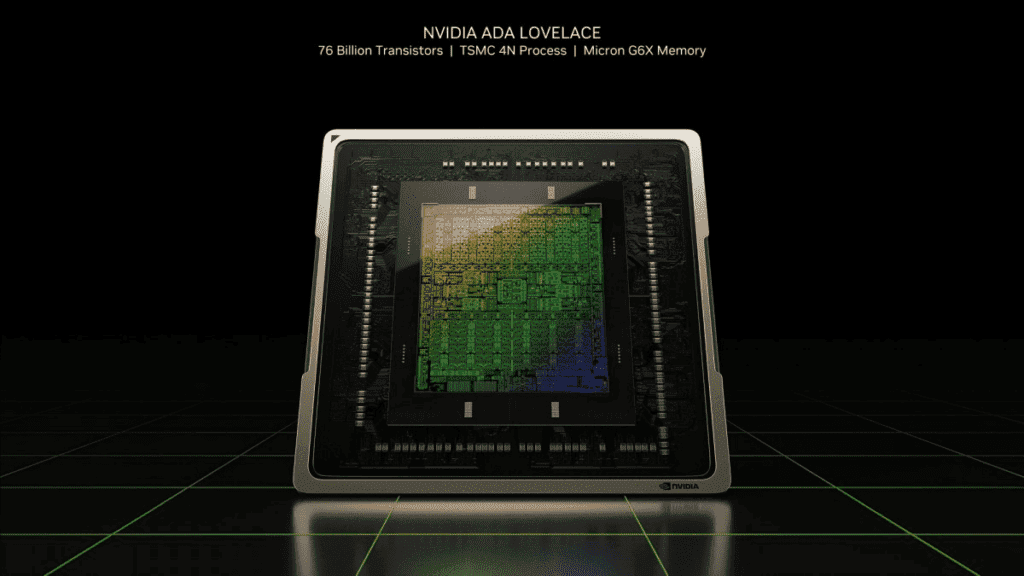 The RTX 4090 has 83-TFLOPs which is more than twice the amount in the RTX 3090 Ti (40TFLOPS). There is a new Shader Execution Recording. NVIDIA claims a 2x increase in shade performance. Moreover, the in-game frame rates are up by 25% in the new graphics card.

Also, when it comes to Ray Tracing, the company states that the RTX 4090 performance is around 191 TFLOPs. Again, that’s more than twice the amount offered by the 3090 Ti with 78 TFLOPS.

The RTX 40 series graphics will also come with two 8th gen Nvidia encoders. These can decode and encode AV1. Moreover, the company announces a partnership with OBS Studio to bring AV1 encoding. Nvidia also bumps the ShadowPlay capture resolution to up to 8K at 60fps in HDR. 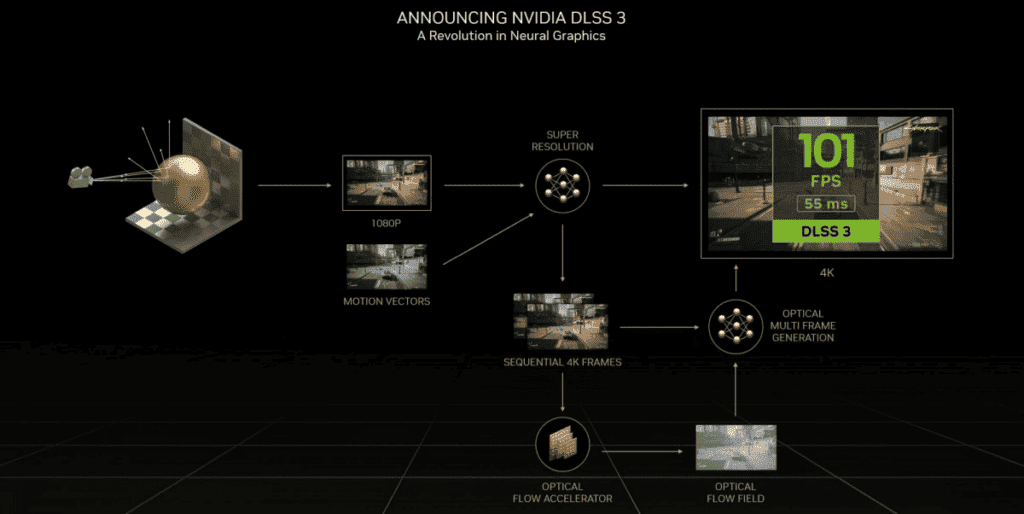 Taking a deepier dive into the NVIDIA DLSS 3 tech, it’s a major advancement for Nvidia. The new tech uses an Optical Flow Accelerator. Also, it will extract data from sequential frames. It will create new frames on the GPU itself rather than within the game. Hence, it may result in 4x higher frame rates. A lot of populas games will benefit from the new feature. 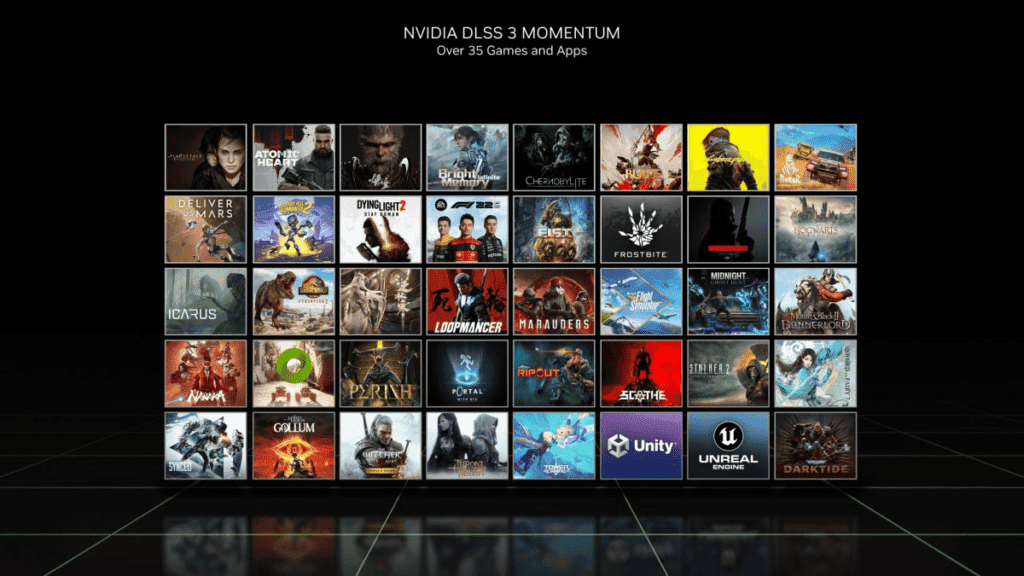 For now, only two graphics cards

NVIDIA is not introducing new “mid-range” graphic cards. At least not this time. Hence, the NVIDIA RTX 4090 and 4080 will join the existing 30 series cards. More specifically, it will sell along the 3060, 3070. Even the RTX 3080 will still be available. The lower models will reach the market only by 2023.