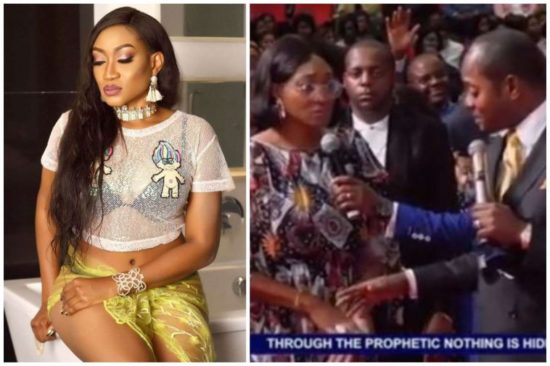 Actress, Oge Okoye has become the subject of a Twitter debate after she paid a visit to South African Pastor, Alph Lukau, who faked a resurrection miracle.

Oge Okoyevisited the Alleluia International Ministries church with her daughter last year and they were called out by the pastor and he made some prophetic declarations into their lives.

Alabama native NoCap has had a busy year