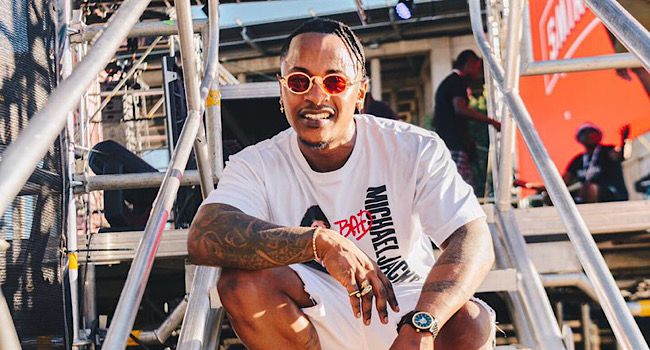 Priddy Ugly Bags Major Partnership Deal For His Independent Record Label. Priddy Ugly is a diverse and multi talented rapper. Besides rapping solo, he started a music group with his long term partner Bontle Modiselle, called Rick Jade. He is going into 2021 full force and has an exciting announcement that could brighten his future even more!

Steyn Entertainment has been responsible for some of the biggest music festivals in South Africa including Rocking The Daises and In The City.

Bontle Modiselle expressed her congratulations to her partner Priddy Ugly ,expressing this is where the new phase of their lives begins.

She wrote, “Congratulations to my life partner, artist and now Label Exec of Global African Sounds in partnership with Stay Low. STAYLOW/GAS. This is it! The next phase of our lives starts here, NOW! God Energy – LET’S GO!!“.

Priddy Ugly announced in January 2021 that his sophomore album is complete and fans will be getting their hands on it on it soon. Above his new solo music that’ll be released soon, he mentioned that he has a Rick Jade folder will 24 unreleased songs and more music that hasn’t been exported.

The So I Dream rapper last released a full project in 2019. He dropped his album Glory on Any Territory and had exciting features including Riky Rick, Flvme, and star producer Wichi 1080.

ACTRESS Gugu Gumede has taken a break from