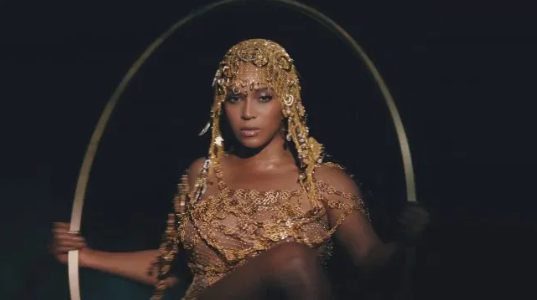 The African dominated film serves as a visual companion to the 2019 album The Lion King: The Gift, a tie-in album curated by Beyoncé for the 2019 remake of The Lion King.

The film proves its title, as it had creatives from across African continent. Over 9 SA artists were featured in the film. Nandi Madida, Late Mary Twala, John Kani, Trevor Sturrman, Moonchild Sanelly, Busiswa and a few others made Mzansi proud.

However, Mzansi stars couldn’t keep calm and some even went emotional about the film.

Below are some reactions:

Cassper Nyovest: “The song brown skin girl always makes me cry. I don’t know if it’s the chords or the words. What a beautiful song.”

The song brown skin girl always makes me cry. I don’t know if it’s the chords or the words. What a beautiful song. #BlackIsKing

Jub Jub Shades Kelly Khumalo – Look what I look like while you talk sh!t