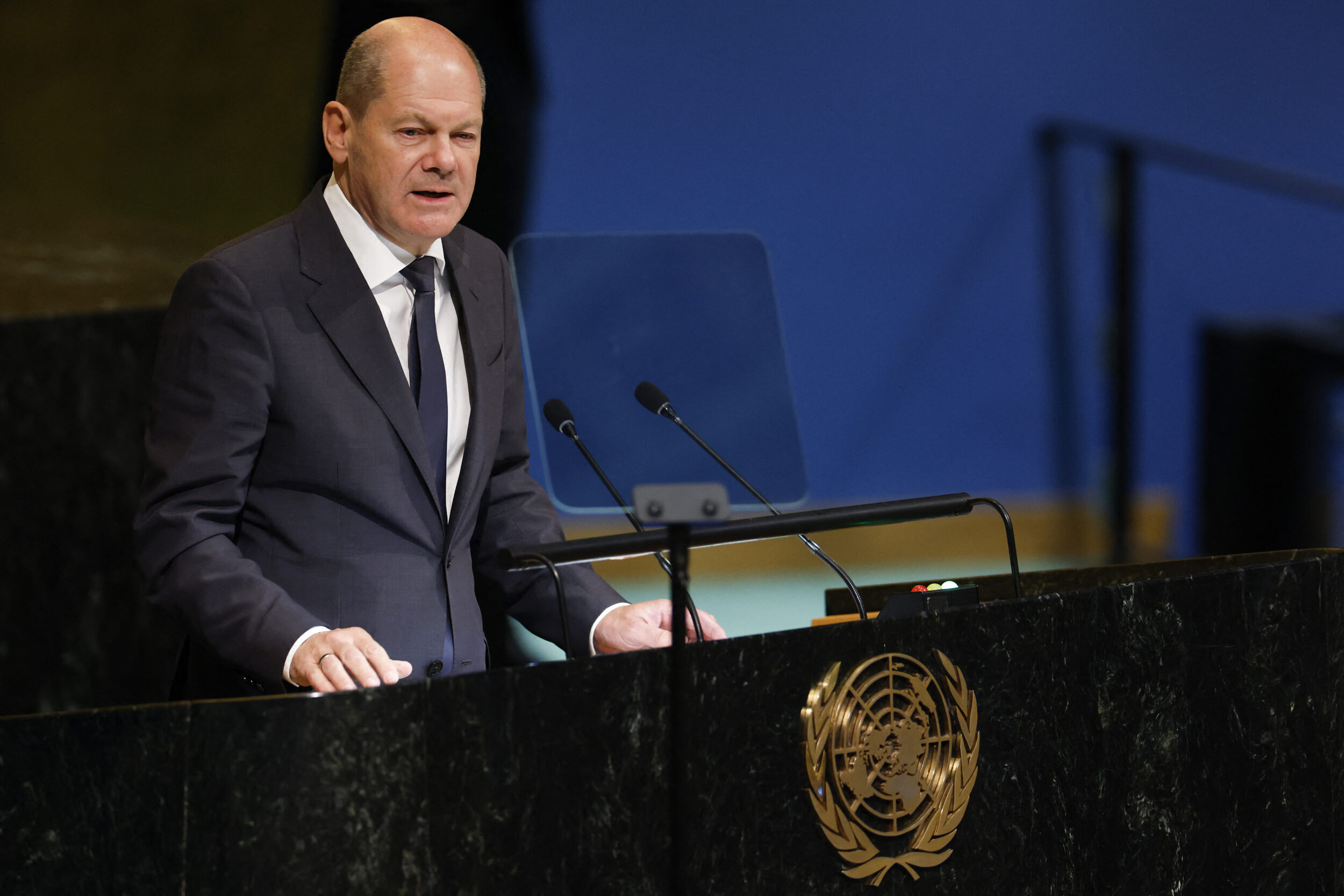 German Chancellor Olaf Scholz on Wednesday condemned President Vladimir Putin’s order for a partial military mobilisation to support Russia’s war in Ukraine and the holding of annexation referendums as an “act of desperation”.

Speaking on the sidelines of the UN General Assembly in New York, Scholz insisted Russia “cannot win this criminal war” in Ukraine and that Putin “with his most recent decisions makes everything much worse”.

The German leader said Putin had “from the start completely underestimated Ukrainians’ will to resist” as well as the “unity and determination” of Kyiv’s allies.

“Sham referendums” in four Russian-occupied regions of Ukraine would “of course never be accepted” by the international community, Scholz said, and would hence be “no justification” for Russia’s “intention, namely to conquer land of its neighbour with violence”.

“In the world in which we live, the law must win out over force and force can never be stronger than the law,” he said.

“With the partial mobilisation (Russia) is further escalating this war of aggression that violates international law,” he tweeted.

“A bad and wrong step, which we strongly condemn… We continue to fully support Ukraine.”

Russia had to pull its troops back from Kyiv early in the war and also did not achieve the successes it hoped for in the east, where Ukraine has mounted a lightning counter-offensive, the spokesman noted.

Ukraine had been “very effective in defending its integrity and sovereignty not least because of the massive… support from countries of the world, especially Germany”, he added.

Finance Minister Christian Lindner told a press conference the mobilisation indicated the war will last for a long time, and “we must adjust politically and economically”.

In a pre-recorded address to the nation early on Wednesday, Putin announced the mobilisation and vowed to use “all available means” to protect Russian territory, after Moscow-held regions of Ukraine suddenly announced the annexation referendums.