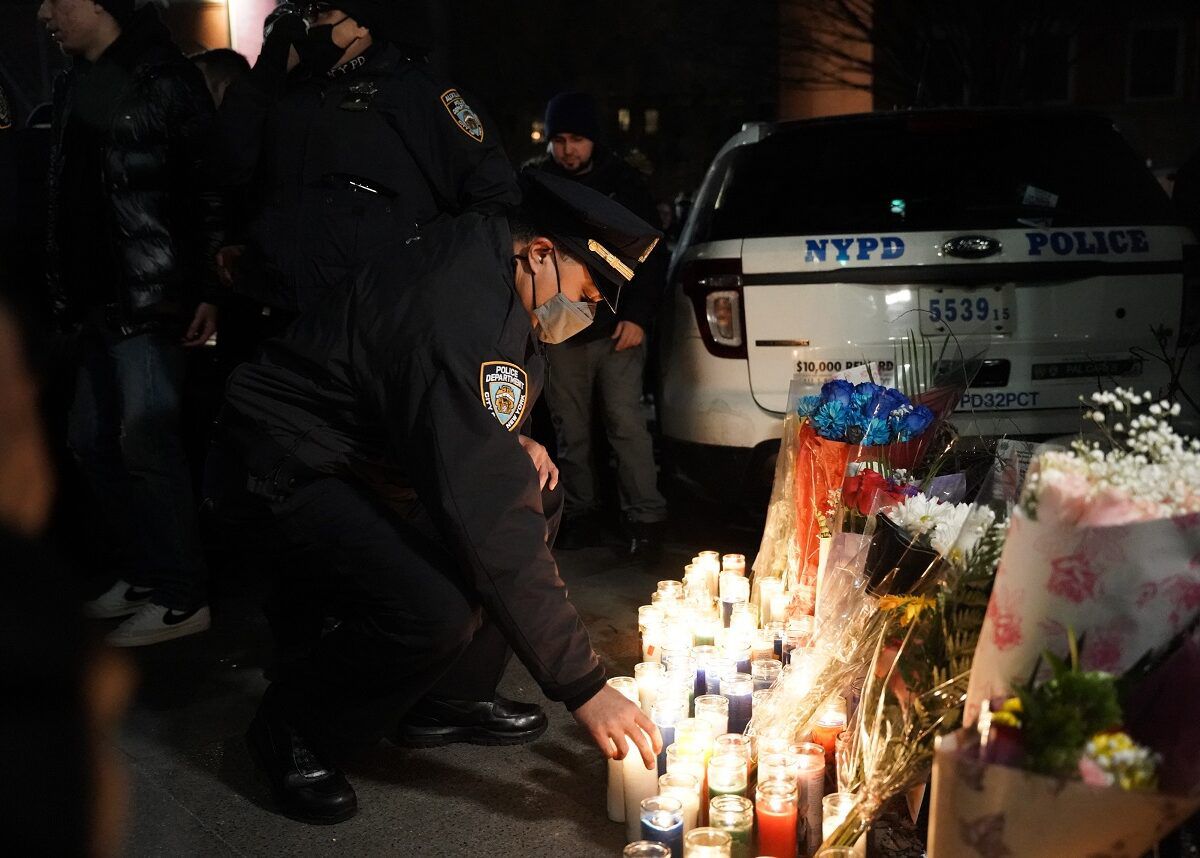 The death of Wilbert Mora, 27, as a result of the gun battle Friday night in Harlem was announced by police commissioner Keechant Sewell.

“He was murdered in the line of duty – fighting until the very end,” read the Twitter account NYPD News.

Mora and his partner were responding to a report of a domestic disturbance in an apartment in Brooklyn after a woman called to say her son was acting violently.

The colleague, 22-year-old Jason Rivera, was shot and killed by the suspect, a 47-year-old man who was also shot in the exchange and died Monday of his wounds.

Three other police officers have been shot and wounded since January 1, when former cop Eric Adams took over as mayor of the city of nine million people.

Adams vowed Monday to rid New York of guns, including by deploying plainclothes police on the streets, after the recent spate of violence.

“Gun violence is a public health crisis that continues to threaten every corner of our city,” said the new mayor.

A week before the exchange of gunfire in Harlem, in the same neighborhood a 19-year-old Puerto Rican woman was shot dead by a robber in a fast food restaurant where she worked.

In another incident, an 11-month-old girl was wounded by a stray bullet in the Bronx while in a car with her mother.

Gun violence rocked the New York borough again on Tuesday, when around noon a 35-year-old man was shot while in the emergency room of a Bronx hospital, police and hospital authorities said.

The victim was not in danger of dying from his wounds, police said, adding two suspects had fled the scene.

“This was a reprehensible act, one made even worse by the fact that it happened in a place where New Yorkers go for safety and to heal,” Adams tweeted.

Also read: Prosecutor: Ex-policemen charged in Floyd death ‘chose to do nothing’